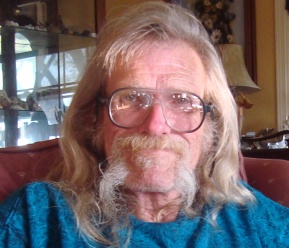 For a long while, Jack occupied his time on a Q&A site that gave him lots of entertainment as he looked around for questions to answer. I saved some of the more interesting answers just for this opportunity to post them.  I have scheduled this kind of post for a couple of times a month, but it’s hard to imagine how this looks to an outsider, so comments are welcome as always.  Some of them are hilarious, and some may be perceived as offensive, but I plan to stick to the interesting ones that feature his unique personality that shows in his writing and thought.  For this first post  I’ve chosen shorter answers.
–Jeanne

Old Jules, are we entering a new dark age?
I haven’t seen any evidence we ever came out of the last one.

Old Jules, what’s your definition of an idealist?
An idealist is a person who locks his teeth into the ankle of an abstraction and doesn’t let go, doesn’t look for another ankle, doesn’t look closely at whatever’s above and below the ankle.

Old Jules, if you have truly forgiven someone, should you be free from the pain that person caused you?
Not necessarily. Sometimes you have to do it repeatedly for a long time. Forgiveness is close to magic, but not quite.

Old Jules, why/how is the Ego good?
The ego provides a pantheon of ways to make you feel good about yourself in every facet of your life without having to do a single thing.

Old Jules, where do we see examples of Darwin’s theories today? Are they positive or negative examples?
I’ll give you one example: bacteria developing resistance to antibiotics. Evolution, plain and simple.
Positive or negative? If you’re human, it’s negative. If you’re a bacterium, it’s positive.

Old Jules, what does it mean to say that evil doesn’t exist?
If good and evil exist they ought to involve a cultural and historical consensus. They ought to be vulnerable to universal definition. They don’t and they aren’t. There are larger reasons they don’t exist, but those might be subject to argument. That one isn’t.

Old Jules, what is actually the purpose of recording history if we still repeat the same mistakes?
It serves as a means of anticipating the mistakes we’ll be making in the future.

Old Jules, if an atheist knocked on your door and said, ‘Don’t believe in God’, what would you do?
I’d do the same as you. A good horselaugh while I spewed my coffee.

Old Jules, when will religion not be a major war issue?
When humans are able to admit they went to war over power, resources, or territory owned by someone else without dredging up religion as an excuse.