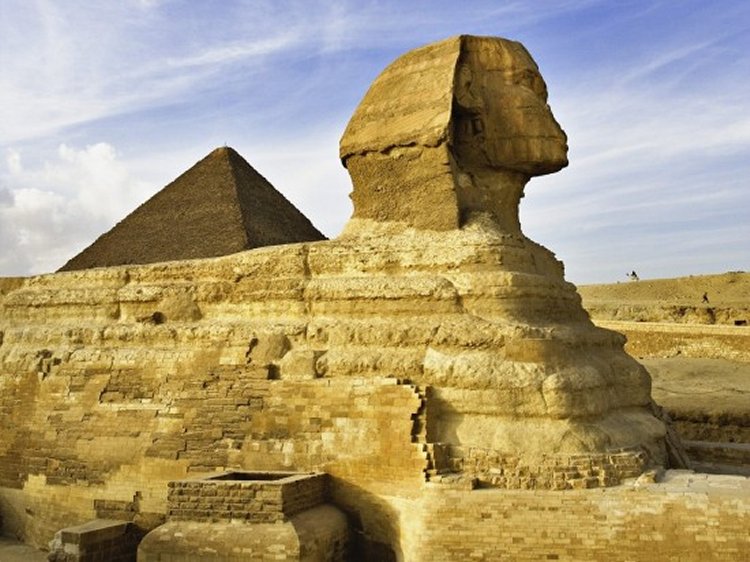 Keep in mind, these were Frenchmen. All they knew how to do at that point was try to take the heads off whatever got in the way. But they saved the Sphinx. If they’d left it alone until the British took over in 1802 the Sphinx would be in London. Housed in a wonder-of-the-world-sized British Museum. Same as everything else the British could haul off from every country they ever conquered.