Do We Have a Plethora Yet? 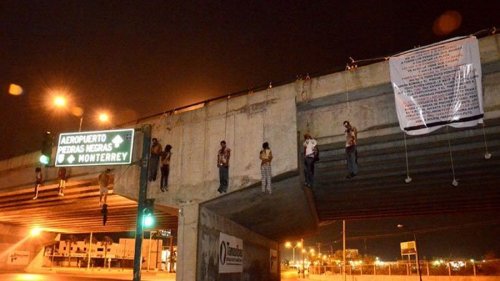 A plethora, say, of pinatas?

Mindless outdoors work gives me a lot of time for my thoughts to ramble into unexpected places.  Theyve been doing that a lot lately.

If any of us gave a damn about karma we’d probably be concerned.  Everywhere on this planet human beings are allowing themselves to be governed.  Tacitly approving and being a part of what those governments do.  The bedrock fact is there… those governments couldn’t do what they do without the consent, at one level or another, of the populations giving them support.

Nanking, say, couldn’t have been raped by Japanese if some substantial piece of the Japanese population hadn’t actively or tacitly participated.  The gulags in the USSR, the NAZI horrors, even the killing fields in Cambodia weren’t just a government job of work.  The insane, lazy, entrepreneural capitulation of US education, industry, economic solvency, labor and energy leading to where we are now didn’t happen because of single piece of government idiocy, corporate greed,  educator incompetence, Chief Executive dynastic aspirations.

Those pinatas hanging in the pic at the top came to be there because the citizenry of the US snort coke and toke marijuana through one breath and pretend they don’t through the next.  And they’re going to remain silent and pay for more penal institutions so long as the folks filling up the prisons for doing it have enough pigment to their skins to keep them out of the equation.

The prohibition against their behavior runs the price of it high enough so’s thousands, millions of people world-wide who are blessed with fewer alternatives find themselves involved in one of the processes.  It offers a legion of lawyers a product cycling through a system of human cages to enrich themselves.  It provides a river of money to fund so many layers of copshops nobody can keep track of them.

But the bottom line is that it ain’t the government, the copshops, the brotherhood of  judges, lawyers, jailers and private prison corporations doing it.

Fact is, it’s humble us.  The people who sit on juries.

This entire damned selectively-enriching, otherwise-bankrupting, oligarchy-growing pretended attempt to control the behavior of adults in their private lives, crimes without victims, can’t happen without a dozen citizens on every jury agreeing to help it continue.  Those juries, soberly listening to the somber prosecutors, the judges, are pronouncing death penalties every time they sell their souls to an abstraction.

Those people hanging from a bridge in Nuevo Laredo were convicted and sentenced by US jury members who allowed themselves to believe they were just sending some black guy off to the slammer to get himself raped by his fellow felons for possessing a controlled substance.

Jefe: Forgive me, El Guapo. I know that I, Jefe, do not have your superior intellect and education. But could it be that once again, you are angry at something else, and are looking to take it out on me?

Maybe Jefe was onto something bigger than the knew.

7 responses to “Do We Have a Plethora Yet?”