Maybe most of us don’t care for the idea of empires because we think of them as being something other countries have, but we don’t.    Despite what’s before our eyes ever time we look at a map or watch a news program.  And of course, empires haven’t been faring too well lately. 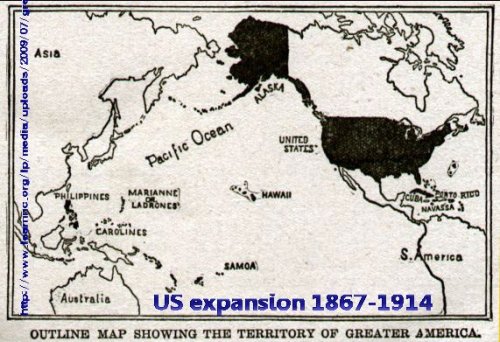 Heck, the British Empire folded up more-or-less spontaneously during the decades after WWII.    Around the same time as the French were getting their deserving asses kicked out of Indo-China to them, Vietnam to us.   Indo-China, Algeria, and pretty much everything else they called their empire.

But around a century ago everyone was still doing it.   Grabbing real estate outside their boundaries and making a fight to keep it.

Here’s a short video demonstrating how empires worked worldwide until around 1945:

That’s how it was done mostly, except when the imperial powers fought one another.   Which wasn’t something anyone liked to do if they could help it because it tended to get a lot of white people killed.

But I’ve digressed.   What I intended to talk about was a remark I made this morning during coffee with Johnny, across the hall.   In some context or other involving the government shut-down and Puerto Rico, I casually mentioned the American empire.

“American empire?   Haw haw haw!   What the hell are you talking about?”

“Heck Johnny, do you think we aren’t an empire.”

“Haw haw haw!   Where do you come up with this stuff?”

I tried a while longer, but the discussion just couldn’t move forward on that tack.   Johnny doesn’t believe the US is an empire and the concept is so foreign to him he refuses even to think about it.

I’m a bit awed by this entire concept.    Are there really people in the world who don’t think the US is an empire?  Well, yes, there are.

Same as there are people who think the moon landings were faked by NASA and that the world is flat.

People believe all sorts of things.

I wonder if there used to be people who didn’t think the British, the French, even the Romans weren’t an empire.

Damn I love this life for the surprises.   The constant surprises.