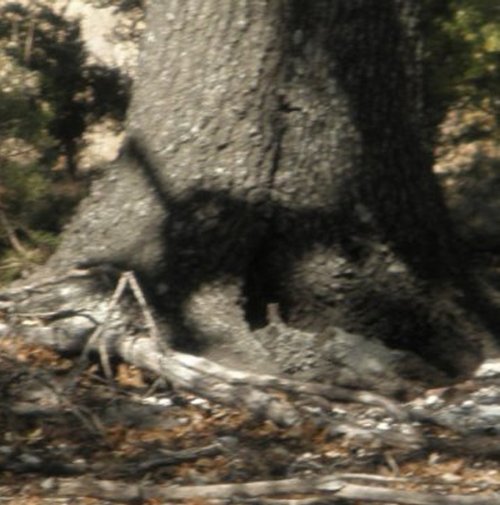 I’m having a rough time gearing up to do any outside work and my brain’s too fuzzy to try sorting out the maze of computations and comparisons on the offline comp.  I’ll be able to clear my conscience in a little while by waving the bloody flag at some other shadows, but for the moment I’m at loose ends.

A couple of days ago I was sitting in the swing bench hanging out of a dead tree when I heard a vehicle approaching down the hill.  Almost never happens, this is maybe the second time in several years, except Gale, who honks at the top of the hill as he approaches.  Simple country courtesy to a guy who’s made no secret of the fact he often runs around buckassed naked except for a pair of shoes during hot weather.

Me, since summer’s not hardened into anything desparate yet, sitting on that swing in a pair of jockey short skivvies and tennis shoes.  Naturally the sound of an approaching vehicle made me want to dress up a bit for who the hell ever it might be. 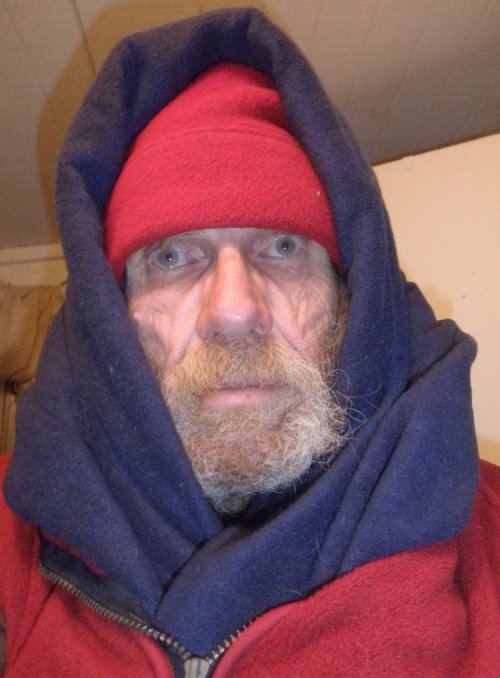 If this were December, no problem.  I’d have been spiffy as hell, ready with a joyful tapdance.  Or if they came by air later in the summer, maybe an orange jump suit.

So, I ran indoors, threw on my cleanest pair of work-dirty britches, hoisted up my galluses and re-emerged on the porch in time to see the new neighbor pull up in front of the cabin.  Likely just bored and felt like talking to someone a while.  He’s not used to living in a place where people don’t necessarily seek out company with any frequency, don’t yearn to fill the gaps of self-conversation with answers to the question, “What is this thing?” referring to a maze of wires, coils, magnets connected to a solar collector, a parabolic dish and radioesque antenna stretched across the meadow.

And not knowing what to make of the answer, “I ain’t saying!”

But we sat a couple of hours, anyway, pleasant hours, talking about this and that.  Heavy equipment.  Land.  Animals.  How many different big machines he’s got up there and how well they do the jobs.  How it was in Korea when he was there in 1959 compared to how it was when I was there in 1963.

During which time his dog slinked in, hair standing on end, bristling.  The dog got loose up at his place and  followed him down here, turned out.  He got up, scolded it gently and put it in the cab of the truck.  I didn’t learn until later during the head count when I put the chickens in the fortress that one was missing.  The Communist Americauna hen.

He’d come down here once before, you might recall, immediately after he bought the place, and we talked briefly.

Fact is, he and I are both so hard of hearing it’s fairly obvious each of us is mostly only hearing our own half of the conversation.  Which is probably why he came to visit, I reckons.  More personable than talking to a television set or radio.