Jeanne is trying to pack 200 years of living into her three-score-and-ten [plus or minus]. Working two jobs is certainly practical [as well as necessary to meet expenses] but stuffing art projects into the cracks between jobs might be seen as somewhat extreme by some. People, for instance, who have no jobs and just do what they want, such as me. Or people who work only 40-50 hours a week at some job. During my stay here I’ve watched her scurrying from the day job to eat before running off to a night job, coming home around 9:30-10:00 pm, and always with a quick answer to the question, “How you feeling?” Tired, she’ll inevitably answer. Anyway, here’s what she squeezed into her days this summer. J

Here are a few more postcards I made this last summer. The first one was made from a 78 record cover:

I’ve seen other people use old stamps on photos of other people. So I combined stamp faces with an old pattern envelope. I had lots of fun with this one, and now I’m collecting face stamps for future variations! 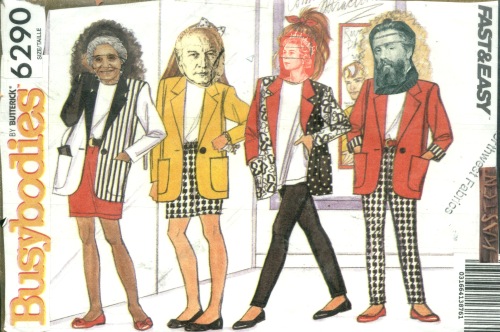 I combined pieces from two magazines for this one. I’m not sure why Elsie was asking questions about husbands, but that line really was part of the Borden ad. 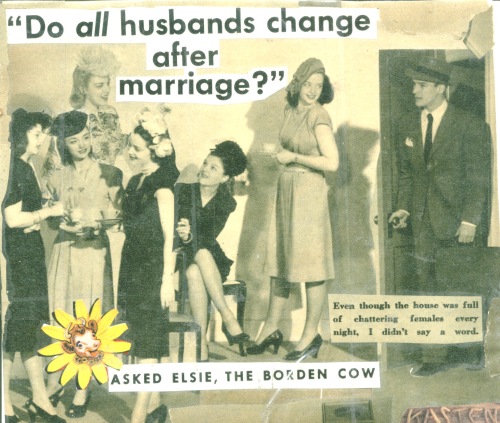 Here’s one I’m particularly pleased with. I added a couple of “stamps” that weren’t originally on the packages, as well as the other oddities.

And one more, which started out as an ad for State Farm Insurance. I got to use up some of my sticker collection for this one.