Back when the world was young 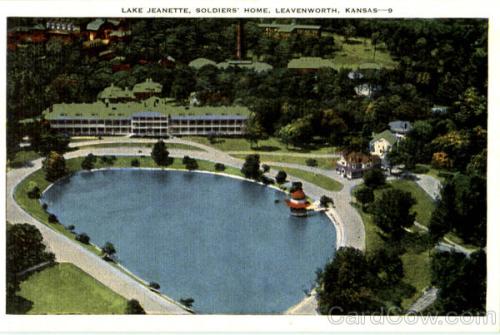 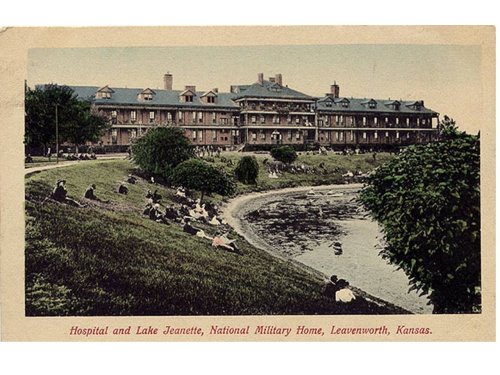 Here are a couple of historic postcards showing how this place looked sometime between 1895 and 1933 when the original hospital was torn down.   Those trees are either larger, or many have died and their remains stick up here and there from the lake like swords hoping for a King Arthur.

There used to be a group of ‘Christian Indians’ located here before the decision to build a soldiers home here.   But [according to the official history] they ‘left’.   They were called the Muncies.

So when the old hospital was torn down in 1933 and they began excavating to build something else on the location they discovered a number of graves containing Muncie Indians.   I suppose they pondered a while before deciding to bury them in a mass grave in the National Cemetery a quarter-mile away from here.    It’s the only mass grave in that cemetery, so you could say those Muncies got special treatment.

I’ll be posting more about the various buildings, the cemetery, the ghost stories and the current population of old vets here.    But first I wanted to convey that there really is a bit of a saga ……. it’s just not quite what a person might expect.

Thanks for the read.

9 responses to “Back when the world was young”