Remembering the Fallen from All Eras who died for our property rights. 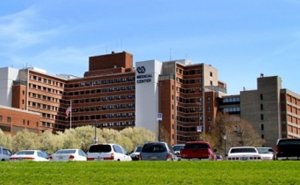 Hi readers.    Thanks for coming by for a smile.

I was sitting in the Silver clinic waiting area at the KCVA Medical Center today and got some really good news!   Keep in mind that I was just a few dozen yards from the Hall of Heroes and fairly close to Valor Elevator.   So this guy doing all the talking really seemed appropriate.

He was a severely overweight old fellow with a lot of bends in the wrong places, hair coming out in patches.   Had the man next to me pinned to his chair as he went on bludgeoning the people of this country for not supporting the president more, for all the ‘snowflakes’ and cowards nowadays, and for the fact nobody is honoring our soldiers dying in these presidential wars.

“They complain about him going to Florida!    Heck, Florida, at least, has a park where they honor the dead from all wars!”    He named the park, and I went back to trying to read my book.

Field Of Honor Recognizes The Fallen From All Eras , Hillsborough Veterans Memorial Park.

By golly I think it’s about time someone honored all those fallen soldiers at Little Big Horn who got themselves killed trying to attack a lot more Sioux and Cheyenne than they thought were there.    And all those twenty-five soldiers killed when they massacred all those people at Wounded Knee.

Heck, when you  think about it, all those Indian wars have all sorts of fallen GIs who got themselves offed trying to kill Indians…… Apache, Navajo, Sioux, Cheyenne, Yuma, Ute, Comanche, Kiowa, Seminole.  I’ve never heard one solitary soul stand up in front of a podium and pronounce how those men died for our freedoms.   But without them we wouldn’t have farms and ranches scattered all over the Dakotas, Wyoming, Montana and Idaho.   And condos and resorts all over Florida.  Those men died for our property rights.

And what about all the heroes who fell in the Mexican War when we were taking California, Arizona, New Mexico, Utah and Nevada away from the Mexicans?   Nobody ever stands over their graves, stares at the flag, gulps, and talks about how they fought for our Constitution, our freedom of speech, our property rights.

Then there was the Spanish American War, where we took Puerto Rico, Cuba, and all her other possessions away from Spain …… and the heroes who died in that war for our property rights.

There’s just no getting around it.    We’re falling down on the job honoring our fallen from all eras.   Good thing someone is at least remembering the guys who died for our freedoms in Vietnam, Afghanistan, Iraq one and two, and various other places in the Balkans, the Middle East, Korea, and Africa.

Yeah, all those fallen heroes  killed by Geronimo and Cochise won’t rest until someone honors them by explaining how they died for our freedom.

Hi readers.  Thanks for coming by.

Those damned Mexicans.  They refuse to protect themselves.  This time 150 years ago they had a damned Austrian monarch running the country and French soldiers keeping him in power.  A little before that the US Army had to go down there and whip the bejesus out of them because they wouldn’t give us New Mexico, Arizona, Utah, Nevada and California.

Heck, a century ago they refused to protect themselves again and we had to send General Blackjack Pershing to beat some sense into their heads.  Bastards had the cheek to kill 19 US Navy men when a US ship drove into Vera Cruz and started shelling the town.

Now they’ve got all that marijuana growing down there nobody can make any money from until it gets across the border.  Nobody making a penny off it except Mexicans until it gets up here where someone can use it.  Bad enough, you say?  Well, I agree.  But it isn’t all.

The shale oil deposits Old Sol gave us because we’re his Chosen People don’t necessarily stop at the Rio Grande.  There’s a better-than-even chance some of it’s down there where nobody can make any money off it except Mexicans.

We’ve been patient and we’ve tried hard, but those shiftless, indolent people down there keep having stuff we need to be making money from and they refuse to protect themselves from us.   There doesn’t seem to be any way we’re going to be able to avoid having to invade them to protect them from us.

People like that don’t have any respect for human life the way we do and it gets downright boring and tiresome forever having to invade them.  Time to put a stop to it.

Time to make them Chosen People with us, annex them.  Time to make Mexico a US territory so we can protect them.

All these free kids flooding into the country and they want to send them BACK?

Sheeze readers, can you believe this?  Hundreds, maybe thousands of kids at loose-ends coming across our border.  Nobody for us to answer to, no matter what we do to them.  And whatever it is beats starving to death in some pesthole where they don’t even speak English.

Heck, we could send them to butler and house-keeper schools so’s when they grow up they’d have rent-free jobs they can’t quit in the homes of rich people.  Make slaves of them.  Hell nobody would notice or care.  Auction them off to Oriental pedophiles to pay the National Debt.

These kids are the future and we’re squandering it, haggling over how long it should take to send them back.  Sending them back is crazy.  Nobody has ever been more helpless than them.  We can do anything to them that makes us feel good.  Put them to work doing phone sales, teach them martial arts and how to shoot and give them to important people for a lifetime of free bodyguarding.

Hang signs over their shoulders advertising pizza joints or wearing statue of liberty suits waving people into tax joints.  Free.  Everyone could have one to wash the laundry, cook and do the dishes.  Curl up under the kitchen table when the work was all done.

Mostly these days a lot of people can afford to hire someone for menial tasks, but they still have to get up to get beers or change the batteries on the TV remotes.  Still have to carry out the trash.  Life still sucks for them.

And as always, God heard their pleas.  Sent all those starving, displaced kids up from Godawful places south of Mexico.

God has always taken a favorable view to slavery.  Time was He demanded His Chosen People of the time make slaves of all the neighbors they couldn’t kill.  And now we are his Chosen People.  He’s offering a free gift of thousands of slaves for us to do anything with we want to.  And they can’t do anything back.

Send them back?  What the hell is wrong with those people in Washington?  Right now they’re having to PAY illegal aliens to mow the grass.  If they relax they can have one for a slave and use him/her for a sex toy when all the work’s done.

But they don’t have any starving, helpless kids flooding across the border begging to be exploited seven ways from Sunday upside down and backward.  God’s pretty much cut them off for the last couple of thousand years.

In case you missed how we became God’s Chosen People and posts in that vein: