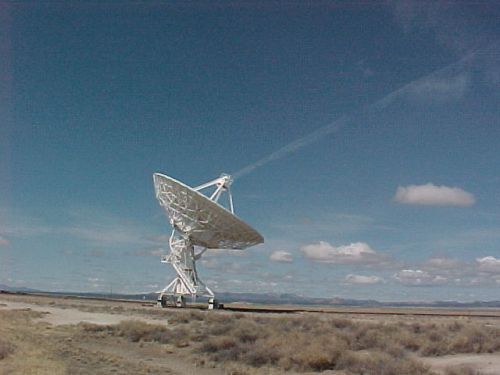 This brave new century offers a lot of interesting twists and turns for the observant.  I was reading a blog this morning, someone ruminating over a friend-request he’d gotten from someone, maybe in India.

I’d gotten a similar request yesterday, so it caused me to consider whether blogs aren’t being used by intelligence and law-enforcement agencies, both here and abroad, to find folks with particular sets of viewpoints.

For instance, I came across a blog the other day posted by a person who called himself something like ‘dope-smuggler’.  Hmmm, thinks I, is this for real?  The blog entries and photos all involved various aspects of the use of controlled substances.

Suppose I worked for DEA, I went on thinking.  Would I throw out a trot-line or two searching for folks who’d like to admit on blogs that they were felons?  I think I might.

Or suppose I worked for Mossad  (I think that’s the right spelling), the Israeli intelligence agency.  Would I like to know as many names and locations of people who held Nazi-like viewpoints?  Would I be equally interested in folks who rabidly approve of anything Israel might do?  Probably.

And so on.  But that’s not what this blog is about.

This blog is about what’s happened with surveillance technology and general nosiness, both of government and individuals.

The technology and availability of spying equipment with amazing capabilities and invisibility at a shockingly low price is out there for anyone.

At least it was shocking and amazing to me when I found myself moved to investigate the matter.

One day I’d been sitting at a blackjack table for about twelve hours, and when I got to my car in the parking lot my cell-phone rang.  I answered and was treated to hearing a long playback of my conversations at the game-table several hours earlier.  I thought back and recalled a guy who sat next to me for a while wearing an unusual fanny-pack he kept messing with, so I figured it was him.

But his motive for doing such a thing was a mystery, and how he happened to know my cell-phone number was one, as well.

That happened several times, the casino playback thing, but I only saw that particular person once, and when he took the chair next to me I asked him if he had his equipment with him.  “Oh yeah,” he answered with a laugh.  “I always carry everything with me.”  And left the table.

During the same time-period Jeanne was in New Mexico.  We were in the living room, me standing, her sitting across the room, having a conversation.  The land-line phone rang and I answered.  Similarly to the casino experience, I had a conversation played back to me, but this time it was the conversation Jeanne and I’d just had within the past five minutes.

Someone obviously had the capability to listen to what was said in my home.  But what’s intriguing to me is that they wanted me to KNOW they had that capability.

That happened a couple more times and I could never see any signs around the house of any microphone/camera, but it was obviously here.  From then until now I’ve gotten spam emails I don’t open, but with subject lines referring to something or other that’s happened in my life, said or done, recently.

Which confirms for me that I am one helluva interesting guy.  I cannot for the life of me imagine why anyone would put that kind of effort, energy and expense into my life, but I do try to provide with them with some amusement in various ways.

Sometimes I figure it’s the rich neighbor kid, sometimes I think it’s the neighbor across the street next-door to my buddy, Wes, who’s generally known to be a negative busybody.  But that doesn’t quite fit the casino incidents.

I haven’t a clue.

But after the first phone-at-home incident Jeanne and I went to a surveillance store and looked over what was out there on the open market.  After seeing it, I decided we live in a time when it’s useless to think there are any secrets, any privacy, if anyone’s determined enough to want to know, sick enough to be willing to put out a few bucks and plant a device.

Flattering, though, knowing that despite the fact I don’t talk to anyone but the cats these days unless I’m on the phone, I’m still one hell of an interesting feller.