Ask Old Jules: How to become smart, Gaining knowledge of life, Disliking things that are different, What is life 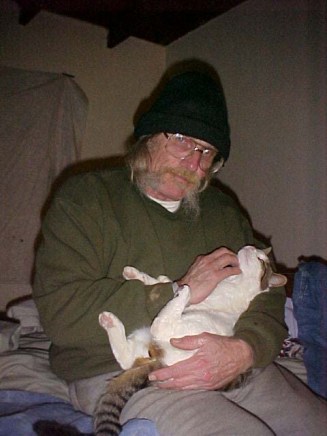 Old Jules, can I watch the dumb, and become smarter? Or is there another way?

Just my personal viewpoint, but I believe intelligence is severely over-rated. I’ve known a good many people who had IQs in the 80-90 or lower range whom I’d trust far more quickly than 90% of the PHDs I’ve known who believed their most valuable asset was their intelligence. A solid, loyal, courageous person with a low IQ has a lot to teach anyone who watches.

And an intelligent incorrigible person is also sure as hell worth watching.

Old Jules, do you think that the older you get and the more you learn (like studying subjects well) you gain more knowledge of life?

It tends to make a person believe he/she is wise at whatever decade in life he/she has arrived at. Unfortunately, belief in self-wisdom has a way of being the antithesis of wisdom.

Old Jules, what is an example of people disliking something because it is different?

Tenured geologists circa 1970 disliked plate tectonics theory because it was different. A lot of grad students bit the dust before the air cleared.

Baptists dislike Catholics because they are different.

I dislike 21st Century spelling of words in the English language because it’s different.

Old Jules, what is life and who is the master of this world?
how can i proof it?

Proofing is the easy part. Just check the spelling, punctuation and grammar.

Whatever age you happen to be, you’re old enough to have observed what life is. It’s the stuff on your plate when you eat, the four legged creatures you see roaming around your neighborhood, the winged things you see in the trees and sky, as well as the trees. It’s a large part of the stuff you flush down the commode after you evacuate your bowel.
The master of this world is up for grabs. They’ll be holding an election one of these days and whatever gets the most votes will take office.