Tag Archives: do it yurself 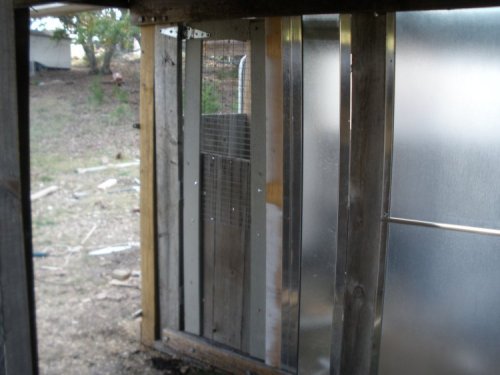 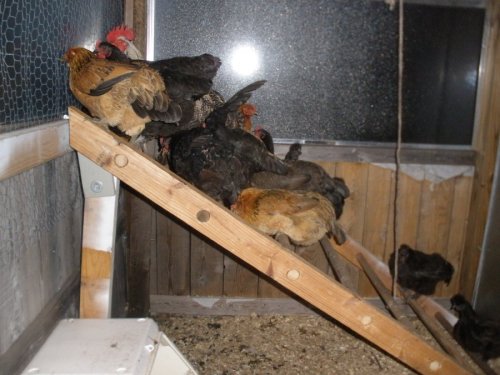 I said when I made the post I’d be talking more about it, but way led onto way and I never got around to doing it.

This was a one-man-band project.  The footprint of that structure has about an inch-or-less of topsoil over hardpan caliche or limestone.  Digging holes for the uprights wasn’t something I wanted to contemplate. 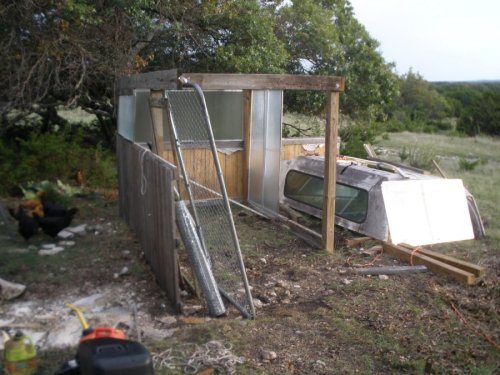 I knew I wanted the pickup camper as a roof, the shower-doors as part of the walls, wanted uprights with lateral stability without digging into limestone.  But otherwise it was plan-as-you go, driven partly by material availability. 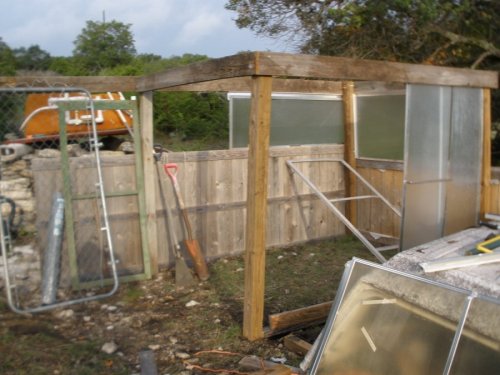 Those lower walls are two sides of a huge packing crate I picked up for $5 from a guy in Kerrville.  Bought 30# of large lag-screws [$1.00 per pound] from Habitat for Humanity Recycling Store for the project because I anticipated difficulties in the lateral stability department.  The shower doors were free.  The 4x4s were from the same guy who sold me the packing crate. 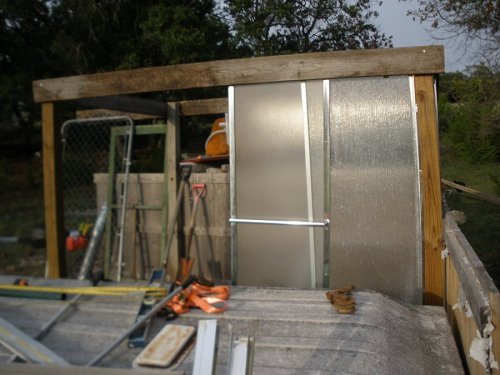 I used the crate-sides to get three of the uprights generally in place by bolting them together.  Trust me when I tell you this ought to be a 2-man job.  I fudged on a lot of things by not paying a lot of attention to right-angles because I couldn’t be two places at once and knew I wasn’t going to live forever.

I took about a week building it, but probably it could have been done in a day with two people working. 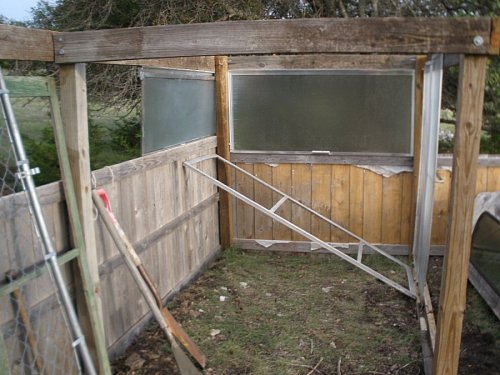 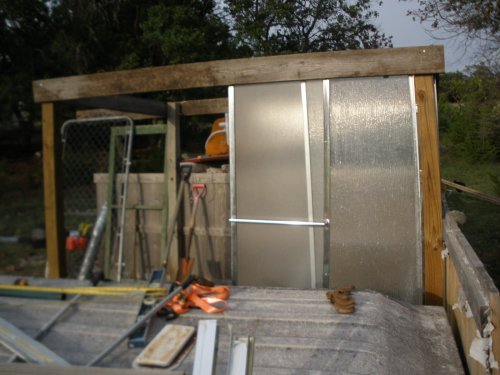 Before putting the camper shell on top I built an interior frame and stabilized it with a steel bed frame salvaged from a junk pile:

Once that was in place I ran the front bumper of the truck up against it from whatever angles I could get to it, hooked a chain to the uprights from other angles pushing and pulling it with the truck to test the lateral strength.  We get some high winds and I didn’t want it coming down, even if the additional strength the camper shell structure would add became fractured.

I constructed a lean-to ramp using 4 2x12s and positioned the camper shell diagonally on it, skidded it up with a come-along until I had it in place, then bolted it to the top frame.  As I was finishing, Gale dropped down to see how I was doing and helped a lot during the final positioning of the shell.

The camper shell was missing the door, so for ventilation I used salvaged refrigerator shelving.  It keeps the predators out but allows a good breeze.  But to keep out the water I added the additional planks at an angle sloping away from the roof runoff.

Other than that there wasn’t much to it.