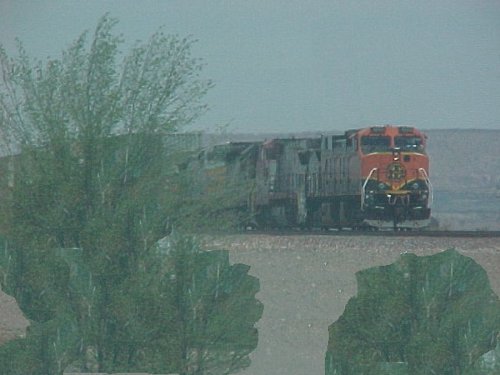 I don’t get many phone calls here, so a few days ago when the phone rang and a male voice with an accent said something I didn’t understand about ‘technical support’ and ‘your computer’ I kept listening a moment.  But other than those two phrases I couldn’t cypher out a word he was saying.

“Excuse me.  I can’t understand what you’re saying.  What do you want?”

Another long string of words including the two phrases, unintelligible.  My hearing isn’t all that it might be.  I can’t understand what store clerks or waiters are saying half the time when I’m in town, so I nod yes, or no, as the mood strikes me and take my chances.

But this guy had something to say that might be important, and he called to say it.  Seemed prudent to me to focus my iron will and patience on the job of knowing what it was.  I tried several possibilities.

After I’d interrupted him three or four times asking him to speak more clearly, more slowly, though, he said, “Never mind.”  Spang broke the connection.

I’m reasonably certain the man was in India.  I shot a couple of phrase of Gujarati at him I remembered from Peace Corps training and he shot some back at me I couldn’t understand any better than I understood his English.

Remembering it, I recalled a story I read a while back online:

A PACKED commuter train sped hundreds of kilometres across India in the wrong direction before passengers finally realised it was pulling into an unfamiliar station.

The train left the southern town of Tirupati on Wednesday for the eastern city of Bhubaneswar, where it was due to swing north to its eventual destination of Varanasi, a city in northeastern India, The Times of India reported today.

But bewildered passengers noticed something was amiss yesterday when it chugged into Warangal – a central Indian city on an entirely different route some 980km west of its intended stop at Bhubaneswar.

The express train had managed to cross three of India’s railway divisions and travel hundreds of miles without anyone noticing it had lost its way, The Times reported.

The mistake was believed to have arisen because it was given an incorrect destination code, compounded by the fact it was a special service and many of the staff were unfamiliar with the route.

By hindsight, I don’t know whether the guy thought he was talking to someone in the US, Australia, or the UK.  I can’t for the life of me form an opinion about whether he knew something about my computer it was important I know, or wanted to tell some train pilot in New Zealand he was going backwards and another one was coming at him 90 miles an hour the other way.

This brave new world’s getting a bit complex for a 20th Century man.

Today on Ask Old Jules:   Old Jules, what scripture do you use most in helping you fight your demons?

A few years ago my cell phone fell out of my overalls pocket into an irrigation ditch when I reached down to worry a valve.  Sank spang to the bottom, but came out seemingly okay after I dried it out.  But was never the same afterward …. grew progressively worse until it was useless for a couple of months.  I waited, figuring it might come back, or that I might decide I just didn’t need a cell phone.  But I’m a pansy-arsed modern man these days and I finally just decided to give in to progress.

Got myself a new one.  Gives me something of a start, the stuff on that new phone.  Rattles me to the core that we’ve become so futuristic Dick Tracy-esque.

This thing will take pictures!  It will surreptitiously  take videos or recordings of the cop who’s leaning over your car window acting the way cops shouldn’t.  It will do all manner of things I don’t know how to do with it yet and maybe won’t be able to justify learning.  Gives me the fantods thinking about trying to figure that thing out.

Reminds me of when I was a kid and we got our first phone.  They were teaching me about it, how you put this end to your ear and that end to your mouth and listen for an operator to say, “Number, please.”

Then how you say, “3621” if you need to call Jeanne Ann and Hollis because someone had an accident and you need to get help.  Or when you call KENM radio station to give the answer to the College Dairy Quiz and win movie tickets for the family.

And how you stay the hell off of it in all other circumstances.

I was a precocious kid and had a tendency to get us all to the movies pretty often, but my problem was that when that operator came on I usually blew up.  My mind went blank, I’m ashamed to say, when I heard that beeeeeeutiful female operator voice.

Fortunately, the operators got on my side after a while, with the College Dairy Quiz.  At 6pm when I lifted that phone they’d just say, “I’m ringing them, dear.” without me having to say anything.
This one won’t do that, but it’s still okay without any operators.

Note:   I recently came across this, written before I left New Mexico.  Tweaked it a bit, but nowadays it’s foreign to me because it’s “NO SERVICE” when you click the button.