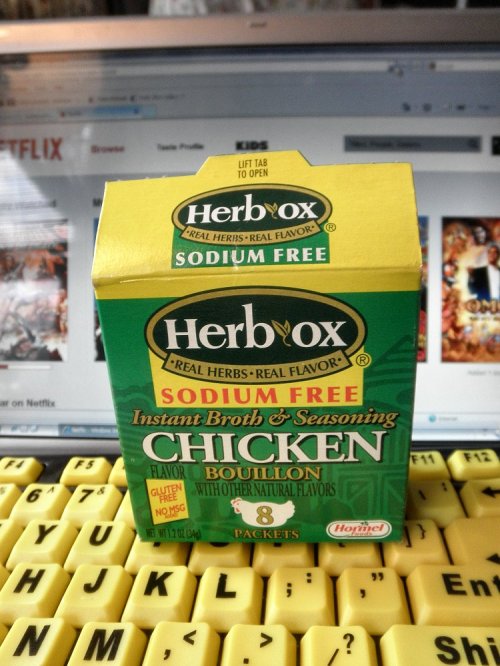 And of course it’s all no sodium/low sodium.  Stir fry it or steam it with the rice.

Once it’s all in the bowl steaming sprinkle coconut across the top and a splonge of fig preserves on the side to simulate chutney.  Chopped cilantro, ancho molido, minced garlic and minced ginger to taste.

Raw peanuts sprinkled into it and you’ll be ready to rock and roll.

Believe me when I say it’s easy to discover you’re going to have to put some leftovers into the freezer.  It’s containerized cargo for the digestive tract.

Don’t try this anywhere but home. 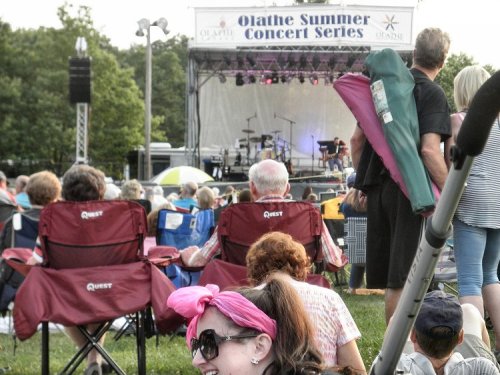 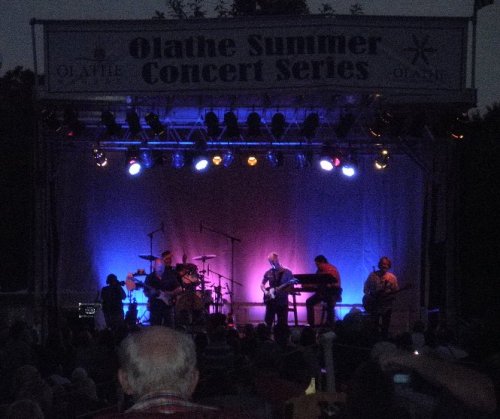 Hi readers.  When Jeanne’s oldest son, Kenneth, called around 6pm last night Hydrox and I were wondering whether to pester Shiva all evening.

Kenneth:  There’s a concert down at the Olathe Park tonight.  We were wondering whether you’d care to go.

Me:  Does the Pope crap in the woods?

And so it happened.  Kenneth, Andrew, Hailey [Kenneth’s daughter] and I drifted down and got a parking spot about a quarter-to-half mile from the park.  And with a rest stop or two and a bit of heavy breathing, I spang walked down there for a bit of toe tapping and grinning.

Brody Buster – Guy’s a bull-goose harmonica player.  Does a middling fine Creedence Clearwater Revival song or three as a stand-alone.

Heck of an enjoyable evening.  Now that global warming went on coffee break it was comfy enough so all us people in shorts were wondering whether it was worth a walk back to the car for a jacket. 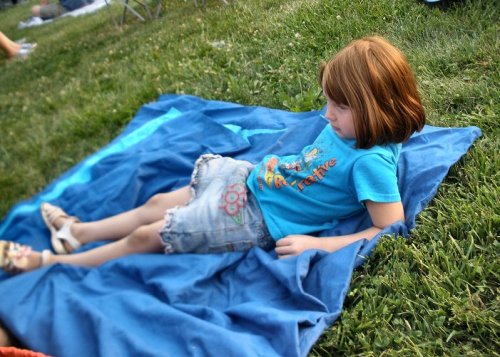 Hailey ended up wrapped in that blanket sticking the plastic light sticks out waving them around in the dark.  Me, I figured it was going to be better struggling back to the car in cool night rather than crawling back on all fours in regular old honest late-July heat.

Turned out both bands were sufficiently good to distract everyone from global warming or a hair cool for the choice of clothing.  Got them waving their arms around and clapping instead of talking about the polar bears dying off and Antarctica either melting or not melting.

An evening well spent.  Physical therapy performs wonders.  I never thought I’d be able to do something of that sort again.