The presidents and their ladies

There’s been a temptation on the part of the opposition for the last couple of decades to make as much hay as possible when it’s discovered the US president has a mistress, or had one.  This hasn’t always been so.   Presidents of the past venerated by those finger-pointers and accusers have frequently had their affairs during a time when such matters were left for gossip columnists and rumor mongers.

Lucy Page Mercer Rutherfurd was one of two women believed to have been FDR’s mistresses. Lucy has the distinction, though, of being the only certainty. Eleanor found her letters to FDR. https://en.wikipedia.org/wiki/Lucy_Mercer_Rutherfurd

Then there was Ike.   Commander of Allied Forces in Europe during the invasion, and Republican president after Truman. 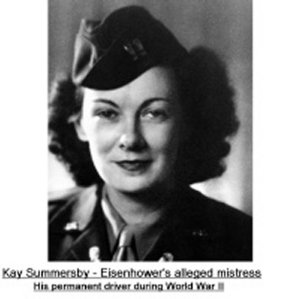 All those years Ike was in office I never knew anyone to criticize him about that particular issue.    If they hated him at all [and the rabid right wingers certainly did] they didn’t bring his private sex life into the conversation.

Then of course there was LBJ and his shenanigans too numerous to bother mentioning except one.

As far as I know Ford, Carter, Reagan and both Bush presidencies were either adultery-free, or discrete enough to keep it out of the public eye.    As was Obama.  Goes to prove some presidents have the good sense to either keep their peckers zipped up safely inside their pants, or go the extra mile to keep it out of the headlines.

And there’s no point even discussing Bill Clinton….. that one’s the record Trump is trying to beat with Stormy Daniels.

Maybe it’s time, really time for a woman president so we can put all this sexual scandal to rest.

The best and the worst

A significant percentage of US voters believe Ronald Reagan was the best president in US history. Despite Iran/Contra, arms for hostages, and trickle-down economics. History is not the long-suite among high school graduates in the United States.

The pollsters used subtle methods for determining what percentage of the voters believing the guy in there now is the worst did so because he was black.  They concluded +-5% simply could not stand the thought of a black man serving in the White House except as a shoe-shine boy.

Which leaves the question among non-racist voters precisely equal:  56% of US voters believe one of the last two US presidents was the worst in US history.  28% Bush, 28% wossname.

All of which should raise some alarming questions in the minds of everyone else.  When did they quit teaching children US history in school?

Sheeze! The freaking Civil Freaking WAR was fought during the watch of one US president!  Two were impeached!  One was responsible for the Trail of Tears and moving the aboriginal tribes east of the Mississippi the-hell anywhere west of the Mississippi and stealing their farms, barns, equipment, animals, crops for white people.  Even though those Cherokees and some other tribes were already doing their best to BE white people.  Hell, a few years later they even had a Cherokee general commanding troops during the Civil War.  Chreeeeeist!  They even owned slaves!  What the hell do you have to do to be civilized?

Then there’s Lyndon Johnson, faked the Gulf of Tonkin Incident and used it to justify carpet bombing of North Vietnam, had South Vietnam President Diem assassinated by the CIA, and did the Great Society.

There’s John freaking Kennedy, son of a damned bootlegging smuggling NAZI supporter during the pre-WWII years.  Responsible for the Bay of Pigs, among other fiascos.

These two guys now and just before him are pikers.  Except where deficit spending and fruitless military adventures are concerned.  These two couldn’t find their asses with flashlights when it comes to real corruption.