Picking Your Own Hills Worth Dying For

“Hey!  Congratulations man!  You picked a hill worth dying for and just got your leg shot off instead of dying.  Cool!”

“I didn’t pick it man.  I don’t know who picked it.  Maybe the General.  Maybe the Colonel.  Maybe the other side.  I din’t do any picking.  Nobody asked me anything.” 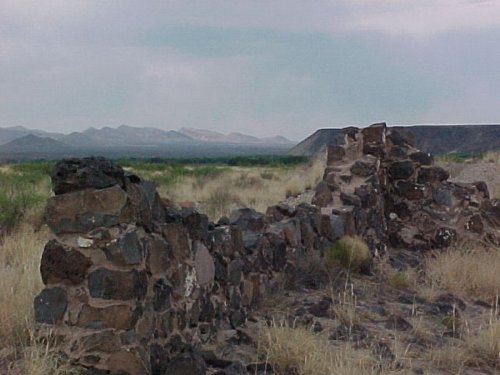 “Wow.  You got your leg shot off and didn’t even make your own choice about whether it was worth the effort?”

“Higher than my paygrade.  Not my job to figure out whether hopping around on a stump of a leg the rest of my life or spilling my guts across the landscape is worth why they think I should do it.  It’s up to the big brains to decide that.  The Generals, and Colonels and Lieutenants.  The people who see the bigger picture.  I’m not into long-term thinking.”

Bloody Valverde.  Measured in percentage of casualties among those participating, the second bloodiest battle of the Civil War. 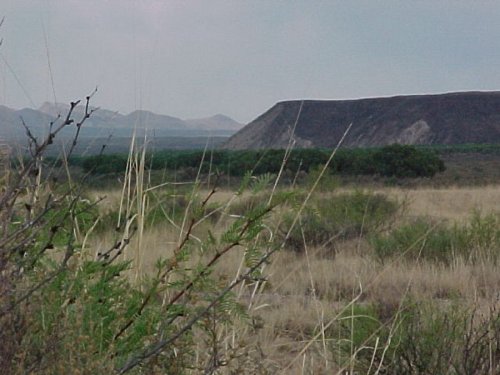 Texas Mounted Volunteers were on that mesa, coming down to cross the Rio Grande just below the left end. 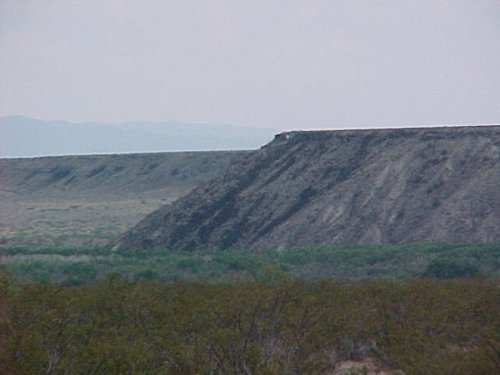 Federals and New Mexico Volunteers were below and across the river trying to keep them from doing it. 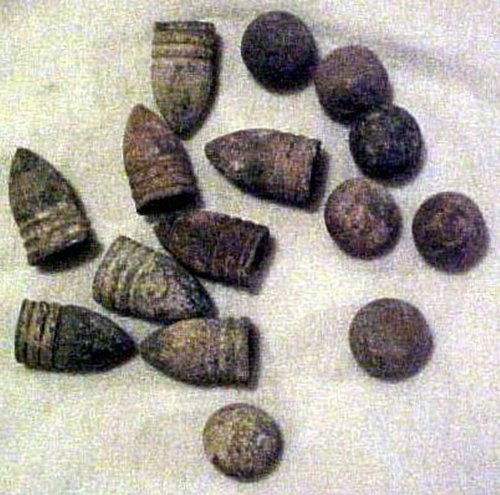 You can’t get over there anymore without breaking some laws.  The railroad police will arrest you for trespass if they catch you trying to cross the RR bridge.  Last I heard, Ted Turner owns the ranch the mesa is on.  He has riders out there who’ll haul you off for trespass if the RR police don’t get you.

A few cows graze up there and Ted Turner can’t have people up there bothering them by poking around among the pockmarked hideyholes and artillery placements.  A lot of men on both sides died so Ted Turner could keep the right to keep you off his holdings and bothering his cows.

If you sighted across the top of that monument across the end of the mesa and drew a tight bead you’d be looking at a mushroom cloud about 50 miles away when they fired off the first atomic bomb in 1945.

But by 1945 the government and scientists all finally realized the place wasn’t worth anyone getting excited about, getting legs shot off or dying for.  By that time they knew it wasn’t worth anything except for blowing up with an atomic bomb.   You can’t go over there, either, for what that’s worth. 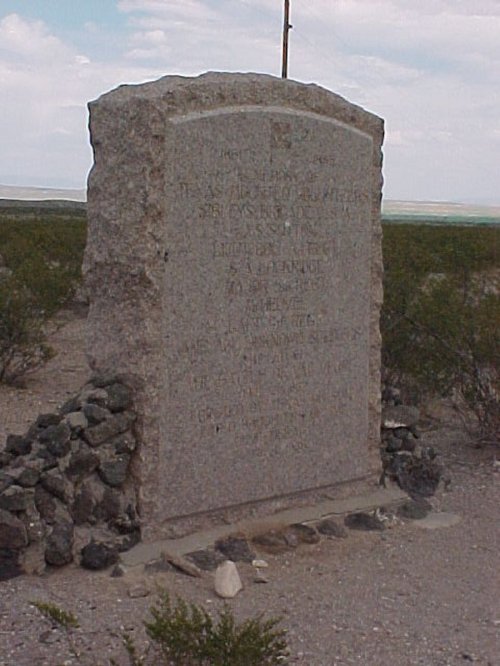 Pretty big hunk of granite for such a little event.  But nobody much winds around those desert roads to look at it.

I used to have a pretty nice cannon ball that came off that battlefield.  Wonder what ever became of it.  Hope I didn’t scare any of Ted’s cows or stir up any future atomic bomb attacks on the place by the US Government.

Roll Me Up and Smoke Me When I Die

If I believed in representative democracy I think I might be tempted by this, even though I don’t smoke dope.

There’s something refreshing about seeing someone injecting some humor into all the scowling.  This modern religion of self-important in-your-face sneering between opposing political illusions and conflicting certainties about ‘What this country needs‘ and who’s most worthy of hatred and purple scorn ought to get boring for those doing it.  For the good of their souls, maybe.  Or, failing that, just as a means of demonstrating a human brain resides inside the human skull.

I suppose old Willie still believes in representative democracy.  I’ll try to forgive him being stupid by believing something I don’t.  I’ll reciprocate by being stupid enough not to start smoking dope again.  Too damned much trouble.

I’m trying to remember when it was I figured that out.    Sometime a long time ago, but before too much later, I think it was.  I had the High Roller already, but I don’t think I had the gray John B. Stetson yet.