A man who reads this blog sent me an email a while back offering to allow me to hook up and park mi casa where he lives in far-west Texas a night, or more if we found ourselves simpatico.  So after the WalMart parking lot in Midland, we trucked up there and said hello.

Eddie and Val, their names are.  Fine, fine, fine people.  The Coincidence Coordinators blessed me once again with an unexpected shot of reminder I’m the luckiest man alive.

I’ll digress a moment and suggest you notice the birdnests on the vigas and the droppings on the orno below.  This is the entryway into the section of their home Eddie built where they evidently spend most of their time and entertain guests.

I spent a few days parked in their yard, hours of every day submerged in conversation with Eddie, Val, various relatives and neighbors, digesting my life, the flood of new learning I was doing, and a lot else, thanks mainly to Val, who was forever worrying whether I could drink some more coffee, eat some more of the fare she constantly provided, putting more wood on the fire. 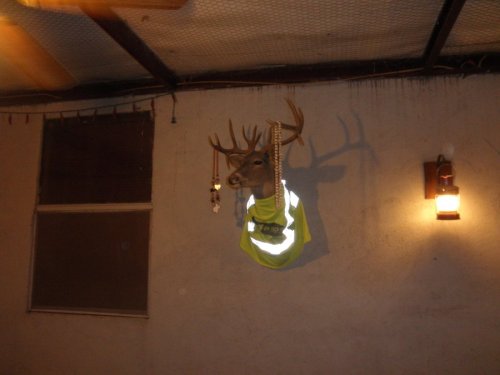 Val’s an ex-school teacher, biologist, and interesting lady.  Eddie’s an electrical engineer who spent much of his lifetime travelling all over the planet, first as a private contractor, then in a corporate capacity, then decided screw-it.  I ain’t doing this no more.

I met a lot of interesting people, heard a lot of intriguing world-views in that cantina while the wind howled outdoors.  I’ll be telling you more of that later.

But one question I was asked over and over during my stay.  “What the hell are you doing here?”

“Soaking it up,” is the only answer comes immediately to mind.

Maybe I’m working up to continuing wossname, John Ernesto Hemingway Steinbeck, Travels With Charlie – The Brave New World For Whom The Bell Tolls.

Where Were You When The World Ended? 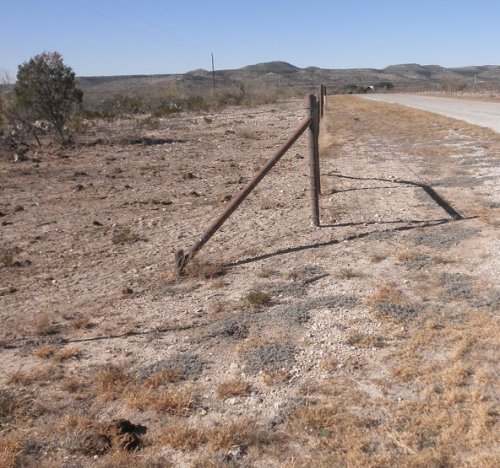 The End Of The World by Archibald MacLeish

Quite unexpectedly, as Vasserot
The armless ambidextrian was lighting
A match between his great and second toe,
And Ralph the lion was engaged in biting
The neck of Madame Sossman while the drum
Pointed, and Teeny was about to cough
In waltz-time swinging Jocko by the thumb
Quite unexpectedly to top blew off:

Hi readers.  Thanks for coming by for a read.   I’m the more profoundly enlightened, severely evolved creature who used to be Old Jules before the Mayan calendar ended.

For the cats and me, that was Big Lake, Texas.  A city park there with dozens of RV connections and three free overnight connections, according to information online.  But when the Mayan calendar ended I happened to be walking on the pavement near a dim sign I’ll paraphrase as saying, “Welcome to Big Lake overnight RV connections.  $15 per night, enjoy, stay as long as you wish and come back often.” 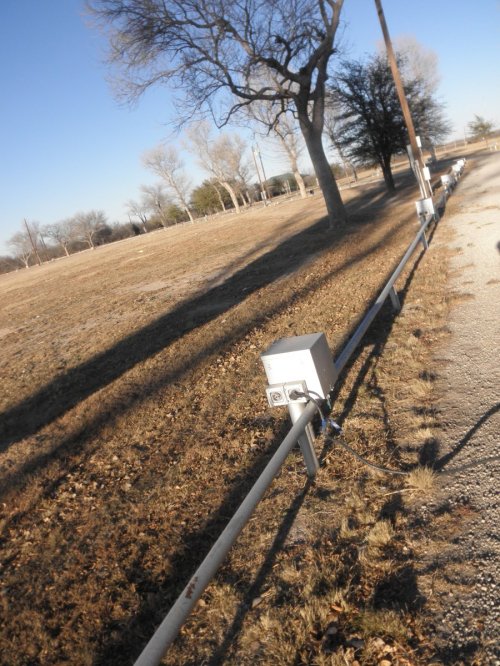 As the Coincidence Coordinators would have it, I’d been there a couple of hours, trying out a new harness and leash I’d bought in the Walmart store in Midland, Texas, on each of the cats.  I’d noticed I was the target of repeated scrutiny by a Big Lake City Police officer driving slowly by, me smiling and half-waving as he went by.  Him not smiling, not waving. 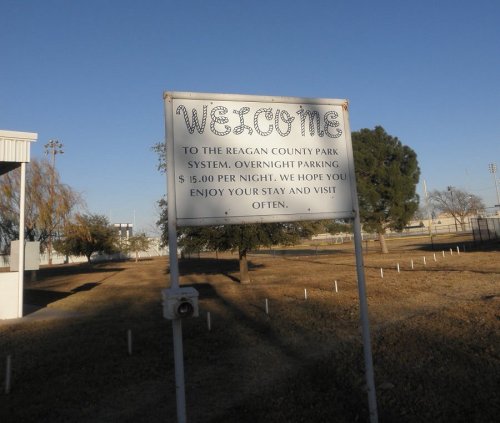 Then, cats all battened back down into the RV, I took a longer walk and found myself more informed about the Post Mayan calendar calendar and surviving the coming times with the least possible bullshit for all concerned.

So the cats and I celebrated the birth of the new era by topping off the gas tank and heading off down the road where the glow of headlights might shine on someplace free to sleep off the emerging shock of sudden evolution.

Ended up in a Rest Area somewhere between Ozona and Snora around 10:00 pm the Day the World Ended.

I’ve some retrospectives about the people and places of the previous several days, but I’m shooting this off just to suggest if you’re ever looking for a place to spend a hassle-free night parked free with cats purring on your chest, stay out of Big Lake, Texas.

But I’ve digressed.  About that photo at the top:

Very few white men have ever witnessed what honest-to-goodness, eat-it-down-to-the-rocks over-grazing looks like unless they’ve visited the Navajo Reservation in the four-corners area of New Mexico, Utah, Colorado and Arizona.