Another Side of the Coin- Mel King 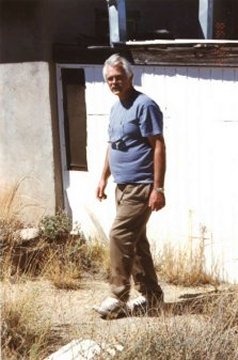 The hoopla about the dead cop in Tijeras got me thinking about my old friend, Mel King, and another dead cop just down the road from this one in Mountainair, New Mexico, in 1987.

That one changed Mel’s life in a multitude of ways, for all the remainder of it.  I posted this on another blog December 21, 2005, the anniversary of his death:

If I ever write another book, Mel King will have to occupy a few chapters of it.  I’ve mentioned him a few times on this blog, but mostly, I’ve not been able to write much about him at all.  I’m still digesting what happened to him.

On one of the threads recently the discussion drifted to the War on Drugs.  I suppose if I’d never met Mel I probably wouldn’t have thought much about that issue, would never have bothered to form an opinion about it.

But in many ways, Mel was a product of that war, from the time it began during the Reagan Administration, he was one of the adversaries.  It changed him from a small-time marijuana growing woods-vet to a wealthy man.  When the ‘war’ drove the price of jade sky-high he was approached by a number of ranchers in the area, asked to teach them how to grow weed in quantity.  He became their broker, as well as a grower.

The War on Drugs involved Mel in a major felony arrest, confiscation of much of his property, caused the mysterious death of a police officer, got Mel targeted repeatedly on America’s Most Wanted television series, and constant harassment by the FBI, State Police and local police for the remainder of his life.

They wanted to believe he killed a Mountainair, NM, police officer because it was the only construction of the facts that didn’t expose the rotten core of the War on Drugs.  If Mel didn’t kill that cop, another cop, or cops, almost certainly did.

Shortly before he was murdered in December, 2004, he showed me an anonymous, hand-written letter accusing him of killing the policeman and threatening to come balance it all.  The undertone and nuances of the letter suggested it was written by another member of the ‘policeman brotherhood’ who wanted to even things out, not because he knew the dead cop, but because a person doesn’t get suspected of killing a cop and get by with it.

It’s time I began writing down a few things about Mel King anyway.

Mel King was a major, financially successful marijuana grower and large-scale broker in New Mexico for many years.  During that time he was also a long-term heroin addict.  (He first became addicted to morphine while in the hospital recovering from wounds he got in the Marine Corps in Vietnam).

The only way Mel got away with what he was doing for so many years was by being considered a complete maniac, and by making certain the authorities got their fair share of the proceeds.  He drove around in a VW van with bullet-holes in the windshield from the inside

When he got busted in 1987, with 150 pounds in his house it was because he made himself too big a nuisance to be allowed to go on.  He was attracting too much attention.

But even so, he never came to trial.  That 150 pounds of high-grade vanished from the evidence lockers.  The empty bags with his evidence numbers on them were found in the home of the policeman who made the initial stop during his arrest.  But someone murdered that policeman, probably for the marijuana, which is how they happened to find the empty evidence bags.

While he was in jail awaiting bail, Mel resolved to turn his life around.  He freed himself from heroin and when he was released he started a successful furniture business, did his best to stay clean for the remainder of his life.  Succeeded in being a trustworthy, successful man and one of the best friends I’ve ever had. 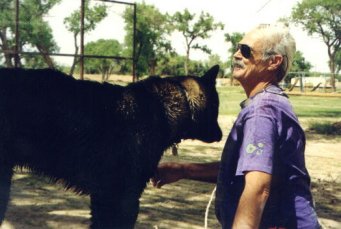 During the years I knew him, Mel was a deeply spiritual man.  He was honest, guileless, hard-working, sincere, courageous, and in many ways, wise.  We prospected a lot of canyons together, talked of many things over campfires listening to the wind in the pines.  He was also my partner during Y2K.

Mel and I disagreed on many things, but he believed, as I do, that he knew what happens to a man when he dies.  He never feared death and he never believed he’d done anything in this life to give him any reason to fear it.

I believe he was right.