Hi readers. Thanks for coming by.

The Inkspots are singing, “I don’t want to set the world on fire” on the player this morning. Those high old times when the US and the Rooskies were staunch allies in the worldwide struggle against the forces of darkness appear to be seeping into world events.

Putin preened and flexed his biceps in response and provided the escape route out of the briar patch. Henceforth, Russia will take care of the problems on its doorstep, or ignore them. This will allow the US to withdraw from Iraq, Afghanistan and the various other pest holes in the area and tend its own affairs. Move into the 21st Century, or at least into the last decade of the 20th Century, where the Middle East ain’t our problem.

“You have more oil now than any place on the planet,” Putin quipped to the President. “You don’t have to be stuck back here in the middle ages anymore. These people are all just semites. Let them destroy themselves. They’re better at it than we ever were.”

Well, whatever comes of all that, he isn’t Joseph Stalin and this guy in the White House doesn’t have to be John Kennedy. 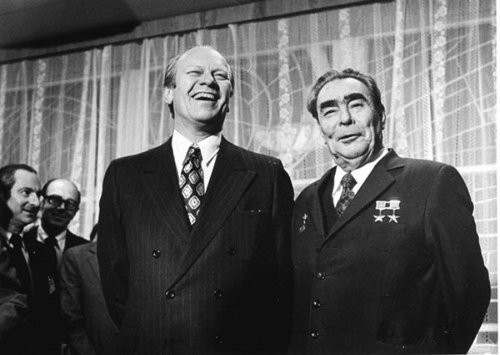 The four civilized countries in the world

Hi readers. Thanks for coming by for a read.

When I confided to you a while back that Old Sol told me the people of the US are his 21st Century Chosen People I knew some of you would be skeptical. So I held back part of what he said to give you an opportunity to digest it a piece at a time.

If you look at the maps you’ll immediately see Australia is just the 48 contiguous states of the US turned upsidedown and placed in the southern hemisphere. This is no coincidence. It’s proof of Old Sol’s intentions.

Old Sol wants the four civilized countries in the world, the US, Australia, New Zealand and Canada to all be his own Chosen People. To accomplish this He wants those four countries to form a confederation which, once accomplished, will make them all Old Sol’s Chosen People!

Naturally Old Sol wants the Promised Land to have secure borders easily defended. So He points out, as He used to do in ancient times with his former Chosen People, that a few pieces of real estate currently occupied by Non-Chosen People will have to be absorbed. Namely everything from Texas to the Panama Canal. Which shouldn’t be a problem.

In fact, Old Sol even suggests offering to move Israel to the new Promised Land and establishing them from the north shore of the Panama Canal north to Guatemala! Give them Nicaragua, Honduras, El Salvador and northern Panama. Maybe even Guatemala if they behave themselves. That way they’ll be able to once again be Chosen People, same as the Jews in the four civilized countries already are.

There’s a lot more, but I’m going to allow you time to digest this before I pass it on to you.

Just keep it safe and simple pretending to remember something about the ‘fighting’ by Allied troops across the planet.  Hug yourself with some feelgood to help you feel sensitive and patriotic.

Carefully remember today ONLY the attack on Pearl Harbor carrying some vague message we should remain prepared against similar future events.

Carefully do NOT remember the Rape of Nanking, the Bataan Death March, the savage treatment of Allied POWs and civilians in occupied territories of The Greater-East-Asian-Co-Prosperity Sphere.

Carefully do NOT remember the beheading of hundreds, maybe thousands of prisoners, the starvation and death by disease of a huge percentage of other prisoners compared to elsewhere, almost anywhere among the armies of either side.

Carefully do NOT remember  the overwhelming percentage of that conduct was perpetrated by enlisted men and officers below the rank of captain.  Men who returned to their homes to be accepted within a couple of years as allies and fast friends of the US and other nations they fought, invaded, raped, pillaged and slaughtered only months earlier.

Carefully do NOT remember the Marshall Plan and the rebuilding of Japanese industry and infrastructure destroyed by the war, rendering much of US industry obsolete or absolescent.  DON’T remember the 20,000 suicide-before-surrender Japanese cliff-jumps at Okinawa.

And while you’re at it see if you can find a feelgood argument with someone  about the ethical and moral side of the atomic bomb, Hiroshima and Nagasaki.

Better to forget all of it than pretend to remember some of it.  Crank up your Mazda, turn on the FM and listen to some oldies while you remember what it was like to have a job.  What happened 1941 – 1945 had nothing at all to do with anything happening today.

You don’t remember a damned thing about anything that happened to other people.  Just remember Santy’s coming to town. 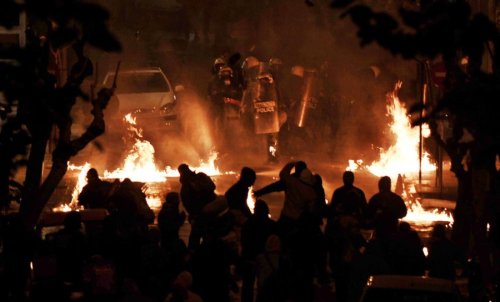 I find my views about rioting to be possibly artificially drawn away from magnetic north by several personal experiences with them, as well as having been an adult during the giant city burning episodes around the time of the MLK killing.

From personal observation and experience I feel a high level of certainty that every riot since the 1960s was and is heavily infiltrated by police or other government provocateurs, pushing, inflaming and instigating to direct events toward violence.  I’m not suggesting the riots wouldn’t have happened without them.  The riots would almost certainly have happened anyway.   I honestly don’t have a clue why they’re doing it.

But my first experience with it was Halloween, 1960, in Borger, Texas. During the days before Halloween the kids in high school were all gearing up for it, but I was a newbie in town, had no reason to anticipate what they saw as the normal way to celebrate Halloween. Wild and wooly oil-field worker traditions combined with a boys-will-be-boys tolerance on the part of adults left the options wide open.

The newspaper the next day described it as a quieter than usual Halloween with the main damage being someone starting a bulldozer at a construction site and driving it through a house, nobody hurt.

A few hundred teenagers drunk on main street armed with eggs, veggies, rocks, jars of gasoline, cornering police paddy wagon with barrage after barrage, following them back to the station house and setting fire to the lawn was just a beginning.  I never saw anything like it, even during the riots at the University of Texas I was a part of a decade later.

My point is, rioting is fun, it’s joyful, it’s seductive if the anonymity of a mob can be maintained and when there are no consequences. It doesn’t take much to get people rioting under those circumstances.

On the other hand, the day after Kent State and afterward throughout the remainder of the Vietnam War the temptation to riot was always there so long as it was someone else stepping off the curb into the street. The police and a lot of the rest of the country made it plain by word and attitude they felt tolerance for what happened at Kent State and wouldn’t mind seeing it again.

I recall what a letdown it was when I realized I wasn’t the gutsy hotshot I had people thinking I was, that I was just a loudmouth coward when it came to offering myself up for what I claimed I believed in by making myself a target for all those cops to practice on.

I don’t think things are much different now. My near-certainty about riots in the US is that the government response will determine whether there are riots, or won’t be.  I don’t give advice, but if I did I’d suggest anyone involved in a peaceful demonstration immediately remove himself/herself from the area as rapidly as possible at the first sign of violence.

I’d suggest carefully exploring the route and area of the demonstration on maps and on the ground beforehand.  Pre-arranged escape routes memorized to allow getting the hell out of dodge.  Cell phones set with standby text messages to friends and cohorts to get the message out immediately that things are going sour.  But I won’t suggest it.

But I don’t have a lot of reason to think having a riot going on and being in the center of it is a place I’d want to spend a lot of time.