We’ve seen enough  to allow us to draw some conclusions about the White House and those who occupy it these days.   They’re not bothering to wear masks anymore.

The storm of finger pointing and claims of authoritative evidence this side, that side, or some other side the daily deluge is not  going to bring sanity into the equation.  When all parties and at least two foreign governments illegally influenced the last elections or otherwise sold the country out maybe it’s time to back away a while.   See who’s left standing when the dust settles.

I seems clear nobody’s going to come out of this thing clean if they’ve occupied the White House since 1992, or aspired to occupy it.   And the irony that everyone in the White House or aspiring to be there sold their souls to the Russians ought to be funny because it’s too overwhelmingly absurd to be anything else.

What we do know, or ought to know, is that one way to become wealthy is get elected to National Office.   And that doing what makes you wealthy once in office is evidently universally irresistible.   Even when the Chief Justice of the US Supreme Court dies in spang in the middle of a piece of a bribe payoff it barely raises an eyebrow.   It certainly doesn’t interrupt the public display of remorse at his loss.

I get all my news off Facebook and from Johnny, my neighbor-across-the-hall, who owns a television.   Watches sports, stock-car racing, weather, and picks up the occasional piece of juicy Washington gossip.

Which might be too much news for me to stomach.

Back in the Clinton years I vowed to go through an entire presidential term without knowing who was in the White House.   I would have succeeded, I think, were it not from the interruption of 9-11.   After that I gradually allowed news to creep back into my consciousness.

Now, it seems I can resign myself to be constantly dumbstruck, or I can just retreat back into my worship of Old Sol, listen to Gregorian chants mornings, classical music the rest of the day, and leave current events to those who love knowing them.

If I have the will power to manage it.

Moving the White House and Congress to Disneyland – A serious proposal

Representative democracy isn’t working and pretty well everyone knows it.  Potential voters aren’t interestedand most don’t even recognize the costumes candidates wear to disguise themselves.  Citizens have learned from hard experience that they can vote for Snuffy Smith, L’il Abner or Joe Palooka and they still end up with Daddy Warbucks.

Moving the seat of the US government to Disneylandwould go a long way toward correcting that.  Everyone would know the candidates, known them all their lives.   A vote for Mickey Mouse or Goofy wouldn’t get you Scrooge McDuck in the White House.  Everyone is honest in Disneyland, and you get what you pay for.  Drucilla doesn’t get any glass slippers, Chittychittybangbang doesn’t have an atomic warhead and the Lady and the Tramp are all right there where everyone can see the fire hydrants.

The other advantage is that the Powerball Lottery HQ is right there in Orlando, close enough to move the IRS in there with them and do something about how the government can raise money on a more even-handed basis.  They could have billion dollar jackpots and just end their foreign wars a day earlier to pay off the winners.  Hell, everyone would be buying tickets.  And they wouldn’t gripe about doing it.

They could have a drawing every day giving away a billion dollars, all the while cutting off one day in the distant future when they’d end the wars overseas, bring the troops home.  It would assure that someday the past would catch up with the future and voila!  No more foreign military adventures!

Mary Poppins would make one hell of a lot better president than any we’ve had since wossname, Washington. 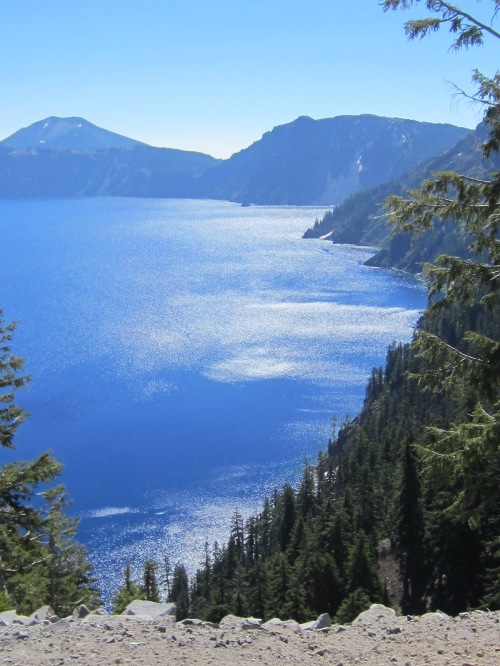 Crater Lake was a new discovery for me this trip. I took hundreds of pictures there. Heck, have one more: 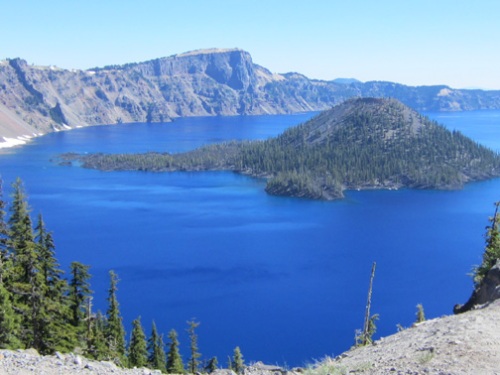 That’s Wizard Island, the secondary cone. Crater Lake is about six miles across and 2,000 feet deep.
Aw, shucks, here’s one more, ’cause you’ve got to see the Phantom Ship: 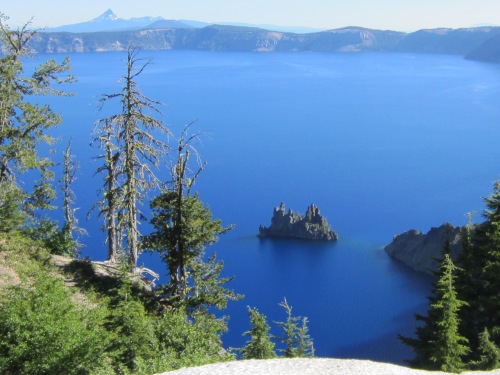 Now to the Willamette National Forest. Here’s the view coming in towards the resort town of Detroit:

Below is where I like to hike around Devil’s Creek:

My family has been going to Mt. Rainier since the 1920’s.

Clear weather is not always a given at the mountain, which makes its own weather!

I love bracket fungus and the dew drops caught my attention. 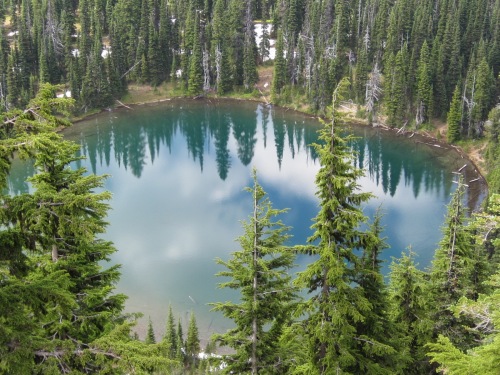 This lake can be seen by the road if you travel towards Sunrise (east) at Mt. Rainier. I’ll put pictures up of the view at Sunrise some other time. 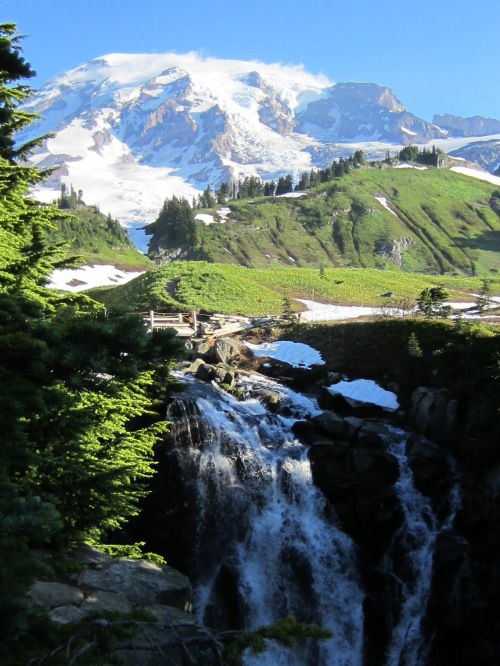 This great view of Myrtle Falls is only a 7 minute walk from the parking lot at Paradise. 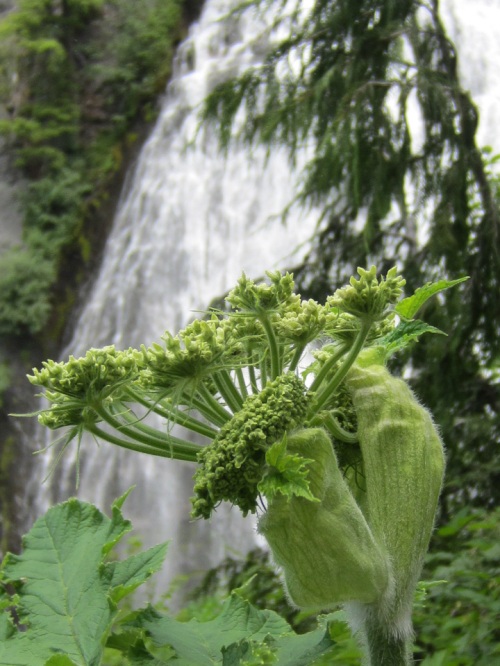 Narada Falls is too big to fit into any camera view, so I just put it in the background for this shot. 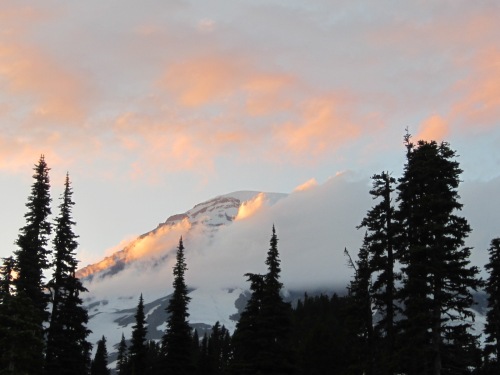 Evening sun on the mountain.

I hope you enjoy these, it’s hard to choose favorites from 2600 photos! I’ll put more up some other time if you like.