Who Has Been an Inspiration in Your Life, and Why? 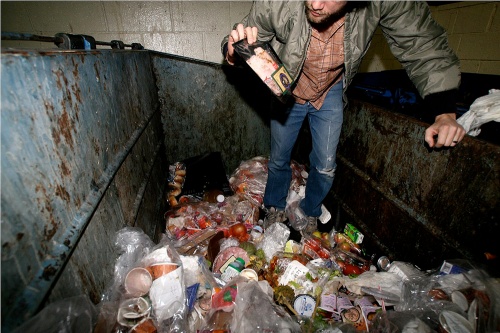 I’m not an admirer of human beings as being particularly inspirational, on the whole.  Yeah, a lot of human sentences find themselves trapped between quotation marks in fragments people find supportive of viewpoints that won’t stand on their own hind legs.  Pithy wisdomoids giving authority to vapid premises.  Often this does happen in a synthetically inspirational context.  But the sources of those quotes usually don’t appear so wise or unblemished under careful scrutiny.

Maybe ‘has had an influence on your life you believe helped you to be a person you came nearer admiring than the one you were previously’ would more accurately describe it while filling the need for cumbersome rhetoric.  The inspiration derived from firing wisdomoids back and forth at one another isn’t made of the strong stuff I’m trying to communicate.

For instance, I used to be acquainted with a Vietnam vet, who lived in an Econoline van in Albuquerque.  He had a route of parking spots and a time schedule he’d follow to hang around each place for a while.  The street guys who were dumpster-diving knew his schedule.  They also knew  he’d pay a fair price for  anything he could get his money back on that they’d salvaged out of the trash.  After making his rounds, the Econoline would head to the flea market and he’d sell first to the crowd, then whatever was left to the flea market merchants.

By reselling it from homeless guys dumpster-diving, he provided them a means of getting some cash for a lot of things they’d have no way to sell  for themselves, or would have had a lot of difficulty getting more than a few cents for.  His route superimposed an economic network devised to offer those submerged in hardship a trickle of income, a safety net.  He provided a valuable service.

But what I particularly admired was that, when he came across someone he believed was ready to try drug or alcohol withdrawal he’d pack them up in the van and head off somewhere to the middle of nowhere, usually a small town with a restaurant or grocery store where he could pick up food and supplies. Once out of the city environment, he’d keep the addict in the van a week, two weeks, a month, drying them out, getting them clean, being there for them.

I came across him once parked at Vietnam Memorial Wall park in Truth or Consequences, New Mexico.  I didn’t realize at first what I was seeing.  I just saw his van with the white Ministry sign roughly painted on the side and recognized it and him outside it.  I stopped to chew the fat with him, then heard the moaning in the Econoline.  He caught my eye and shrugged.

“Trying to kick smack.  He’s on his second week.  It ought to start getting better in a few days.”  The odor of vomit, urine and human excretions was strong near the truck, so we drifted further afield as we talked.  Probably he was used to it, but I wasn’t.

Christian guy.  One of the Christians I’ve known that kept me believing there are honest-to-goodness bona fide Christians in the world.

I surely admired his guts, his determination and compassion.  There’s a lot about him I’d admire in myself if I looked inside me and surprised myself finding it there.

Nice to come across a Christian occasionally who isn’t all hat and no cattle.

“I wonder what Jesus thought about sin.  Jesus did his talking about loving neighbors, compassion, peace-making, mercy, that sort of thing.  Hardly said anything about sin.  If he could speak his mind today I wonder if he’d forgive Saul of Tarsus the way he did Judas.”  Josephus Minimus

Here are a couple of blogs you might find of interest: