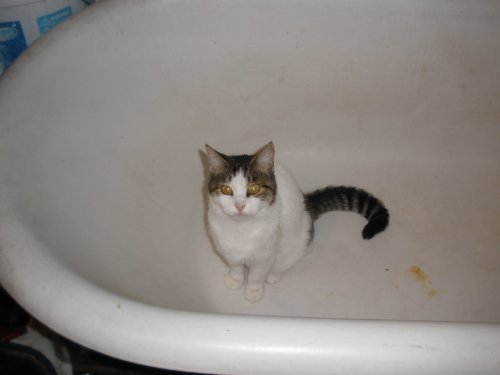 Me:  “So, what to do today.  Any suggestions, Ms. Shiva?”
Shiva:  “You might consider doing something about that damned well.  You’ve been hauling water eighteen months now. “
Me:  “That would have been an operable approach fifteen, sixteen months ago.  Right now I’m holding it in abeyance.  That future took an exit back at mile marker 2011.5, roughly.”
Shiva:  “Okay.  I suppose that makes sense.  No point dragging anything off the shelf to fill in the gaps of what you aren’t going to be doing today.  Plenty of other, more immediate stuff not to do.”
Me:  “I’ve got some fairly complicated near-certainties I’ll be plugging away at if I can’t find some reason not to.  But the reason needs to be something that holds up under scrutiny.  Something I probably might have done, needed doing.  Not just a rabbit I pulled out of a hat to use as an excuse not to follow the mandates of my compulsions, my daily complication rituals.  Damn I have a hard time not making myself do that some days.”
Shiva:  “You’re definitely showing signs of breaking down under the strain.”
Me:  “Yeah, I know.   I’ve got all this crap to do and don’t even know how much time I have to get it done.  Hell, I could die just about any time from now until some other time.  If I had a better idea when I’m going to kick I could plan better.”
Shiva:  “We cats would feel better about that, too.  If you’re going to outlast us we’re all agreed the chances would be improved if you could keep a clear head about things.  It’s a concern to all of us.”
Me:  “Okay.  I’ll think about it.  Maybe I’ll spend the day planning.”
Old Jules