Keeping Out the Riff-Raff 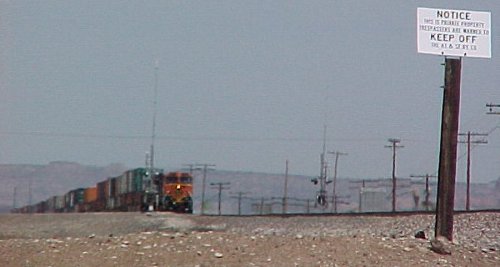 It’s been a longish while since I was in jail.  If memory serves me right it would have been late 1965, early 1966.  I was working for Southern Pacific Railroad in Port Lavaca, Texas.   It was payday night and I had $400 smackers cash in my pocket.

Another SP employ, Leonard, and I were out at the better of the drinking establishments in town, scoping out the ladies and being cool in our sports jackets, ties and dance-me-to-the-moon shoes.  We were the only customers dressed so spiffy, but we didn’t care.

The time was close on midnight and the bartender lady called last call.  Leonard and I were leaning on the bar, talking to a couple of late-night ladies and he signaled the bartender.  “What’s in that weird bottle bottle there?”  Pointed to one in a row of bottles behind the bar.

“What are you?  LCB? [Texas Liquer Control Board]”

I thought she was joking and I’d had just enough to drink to think I was funny.  “I’m not, but HE is,” pointing to Leonard.  “Better look out.  He just shut down the Beachcomber, across the street.”

Red Sails in the Sunset was playing on the jukebox and I led the lady beside me to the dance floor.  But it was close to closing and midway through the dance she said she wanted to go to the ladies room.  I walked her down stairs and visited the Men facility.

As I came back out, Leonard was on the stairs, grabbed my arm.  “They think we’re LCB!  They called the cops.  We need to get out of here!”

“I’ve still got half a drink up there and we need to settle our tabs.”  So we headed back up, opened the door to a place full of Port Lavaca’s finest.  “That’s him!”  Bartender lady points at me.  “He said they were LCB!”

I just calmly smiled at the Chief of Police, explained what had happened.  He wasn’t amused.  Had Leonard and me empty our pockets, counted our cash, looked at our Southern Pacific IDs.  Turned to another cop, “I want to know who these guys are, where they come from, why they’re here!”

Turned back to us.  “Pay what you owe here.  We’re taking you in.  We get all kinds of riff-raff coming into town making trouble.  We don’t put up with it.  You got me out of bed.”

So, we suddenly owed $50 each on our bar tabs, because the bartender knew a good thing when she saw it.  And the cops hauled us off to the copshop, two different cars, three cops per car.  Before they locked us up for the night the Chief explained we’d be charged with impersonating police officers.  Said we’d be spending six months in prison.

But next morning he was benevolent.  Said if we’d plead guilty to Drunk and Disorderly and pay the fines, he’d turn us loose.

Which we both finally decided was the least of the potentially bad things to grow out of all this.  My guess is that if we hadn’t one of us might have been the male lead in Cool Hand Luke instead of Steve McQueen.

I don’t care if it rains or freezes.

13 responses to “Keeping Out the Riff-Raff”