Hydrox: “So why can’t I hear Old Sol talking?” 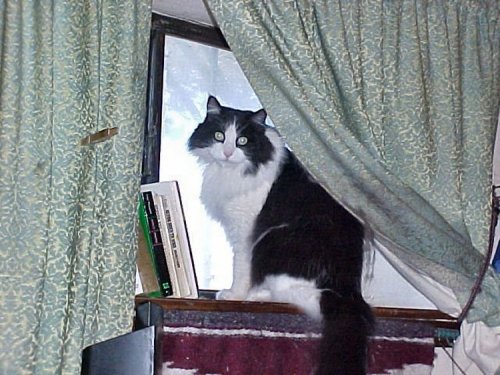 Hydrox: We pray him up every morning, pray him down evenings.  I hear one end of all these conversations you have with him, but I never hear Old Sol saying anything.

Me:  Once again, it’s your romantic mode of viewing reality.  You’re only sensing what’s immediately apparent, not seeing the underlying form.

Hydrox:  I have to see the underlying form to hear what Old Sol says?

Me:  Think of it this way.  You look across the meadow and see trees with birds in them.  And an inch in front of your eyes you see a grasshopper.  You have an a priori knowledge the movement of those birds and that grasshopper jumping are happening at the same time.  But they aren’t.  What your eyes tell you is now is a microsecond earlier for the birds than the grasshopper because of the speed of light reflecting off both, arriving at your eye simultaneously.

Me:  Your mind filters what it sees with a priori knowledge.  You can’t hear Old Sol talking because you have romantic, a priori knowledge Old Sol doesn’t speak.  You’re not able to sense the underlying form.  It’s the same reason the people who read this blog wouldn’t be able to hear you talk, can’t hear cats talk.

Me:  Think of it.  People in the Bible used to hear God talk.  Adam and Eve, Abraham, Job, Moses, they were hearing in the Classical mode of reality.  Underlying form.   They can’t hear God speak anymore because they’ve gone by necessity into the Romantic mode.  Their minds filter out what God says, because in the modern world if they allowed themselves to hear the kinds of things God said they’d get themselves into a pile of trouble.

Hydrox:  How do you mean that?  People hear God talking all the time.

Me:  Only when God says things they won’t get in trouble hearing and obeying.  God might be telling people all over the place they have to sacrifice their kids, the same way he told that to Abraham.  But you can’t go around hearing God telling you to kill your kids, nor anyone else the way God used to do.  Telling people to smite other people hip and thigh.  Stone them to death if they screw around, masturbate, don’t follow the rules.  People today who hear God telling them to do things of that nature are generally believed to be insane.  Especially if they go ahead and do it.

Hydrox:  So if I can rid myself of this stupid, romantic way of looking at reality I’ll be able to hear what Old Sol’s saying?”

Me:  Yeah, but you’ll need to keep it to yourself or people will think you’re crazy.