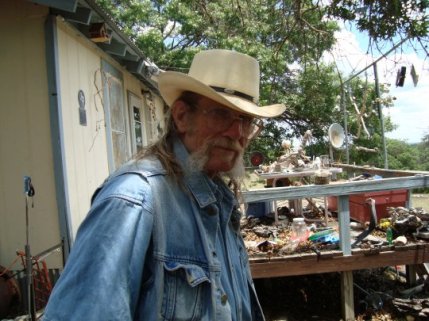 Old Jules, why does no-one think god made all the inventions known to man?

Old Jules, how one would touch the feelings of his emotions?

One would extend a claw and pluck the harp strings of his being, initially. Then one would blow the trombone and work the slide of his physical needs.

Old Jules, are there such thing as aliens?

I believe the nearest a person can come to an answer involves investigating the best available information. 100 or so elderly people who were involved in the ‘Roswell incident’ in 1947 were interviewed by two investigators and recorded their statements. Some were deathbed statements. Witness to Roswell: Unmasking the 60-Year Cover-Up [Paperback] Thomas J. Carey (Author) http://www.amazon.com/Witness-Roswell-Un… A number of witnesses interviewed were among those who guarded the carcasses of the creatures recovered from the site, observed the attempted autopsies, handled the carcasses or were otherwise near them. The descriptions of them were all in concert with one another. Last year I spent four hours interviewing Loretta Proctor, the mother of Dee Proctor, the 7 year old from the adjoining ranch who was present at the time the site was found. She was the wife of the neighboring rancher. She’s 95 now and still has vivid recollections of the incident and everything related to it. Nothing she said contradicted anything in the book and she confirmed much of what was documented there. Yeah, I believe aliens visited earth at least once.

Old Jules, are you accepting or oppositional?

Accepting is internal. I never deliberately accept anything without careful examination and reflection. Opposition is outwardly directed. I almost never bother opposing anything and never oppose anything deliberately unless it insists on being opposed by stepping on something fragile inside my boundaries.

It’s the nature of negativity. It wants to be reinforced and find justification for itself.