Hi readers.  Thanks for coming by for a read, despite the fact none of you ever take my advice about authors and books.  I’d be disappointed in you if I didn’t know you probably wouldn’t have liked them anyway.

For instance, Balzac’s Droll Stories, you’ll probably recall, I told you was the funniest book I’ve ever read.  Told you where you can download it free on wossname, gutenberg.org website.  And I’ll go to my grave confident not a damned one of you bothered to have a look.

So when I tell you about Jasper Fforde I can do it with a high level of confidence I could say anything and not get caught in a lie.

I first told you about The Eyre Affair, by Jasper Fforde, along with The Well of Lost Plots, and maybe some others in that series.  I’ve managed to actually get a few people to try some of those and nobody liked them.  Gave some the books free.  Poof!  Not a, “Hey!  Funny, intriguing book.”  Nothing.

Jeanne likes Jasper Fforde.  Might well be she introduced me to his works.  Shows how the coincidence coordinators are always at work.  Two people, the only two in Christiandom who’d enjoy Jasper Fforde, happen to be close friends.  I love those guys, the CCs.

Anyway, The Fourth Bear is a good book I think you’d enjoy if you were ever stuck in a prison cell the way Steve McQueen was in Pappilon and not allowed to talk to anyone for several years, do anything but read the book.  Fforde explains the deep mystery, for instance, of why three bowls of porridge all poured at the same time, are vastly different temperatures.

Fforde, for the purposes of this book, lands the reader in a world where talking bears are fighting for their rights, trying to become civilized the way Native American tribes tried to become civilized to keep from being slaughtered by whites.  But the bears come at a later time in history, when a larger or more vocal part of sympatric humanity carries some weight.

Not to say they’re able to pass legislation, THE RIGHT TO KEEP AND ARM BEARS, to allow bears to defend themselves from hunters.  But the do put them on reservations where it’s more difficult to shoot them.

But he’s one himself, and from the time his wife died from overeating fat, he’s able to overcome certain behaviors considered compulsive.

Read it if you’re ever in prison.

Sure I’ll Explain Ayn Rand for You!

But what’s in it for me?

A joke that made the rounds among sophomores of the mid-1960s.  Came to mind after I posted the book review on The Virtue of Selfishness.

The Virtue of Selfishness, by Ayn Rand

I’ve said a few things about Ayn Rand on this blog a number of readers found objectionable.  A goodly number found it offensive enough to cancel subscriptions, which I don’t find objectionable at all.

Fact is, I was once an avid reader of Ayn Rand.  Not being a reader of Ayn Rand was a way a person could declare himself a non-pseudo-intellectual, which of course, I certainly didn’t wish to be.  At the time, admitting to the shameful fact of not having read Atlas Shrugged, or Fountainhead, reduced the stature of the person admitting it to something akin to not having seen Gone With The Wind.

In all honesty I found Rand’s fiction tedious, with the exception of Anthem, which nobody’d ever heard of [few Rand admirers probably have to this day] and didn’t win any intellectual points in the 1960s.  So when I came across The Virtue of Selfishness, in 1965, I welcomed the read because I thought it could provide discussable insights into Rand’s viewpoints while sparing the reader all the muscle-flexing fictional heroes.

Which it did.  And having read it I quickly ceased being an admirer of Rand, to whatever extent I might have been previously.

I suspect those who read, or claim to have read Ayn Rand today probably derive opinions about her, and her work, from the fiction works and admiration for the fictional characters.  The gut-level response to Horatio Algerism with a bit of Paul Bunyan thrown in.

But the appeal of Rand at the time was located in fictional characters.  The Virtue of Selfishness quickly was to be found on the reduced price shelves at the book stores.  Because, the simple fact is that nobody loves an ego-maniac.  Nobody loves a selfish, grasping, gluttonous, greedy person when the fictional fantasies are stripped away.

And giving it a fancy name, objectivism, rationalizing the state-of-being that goes with it, just doesn’t add anything to the equation.  There might never have been a culture in the history of mankind where greed was openly, admittedly, frankly, an object of admiration.  In fact, the opposite is mostly true.

So today when Rand admirers are justifying their world-views by using her tepid arguments in favor of devil-take-the-hindmost, they rarely use the name of her tour d’force work, where she attempts to explain herself.  They know somewhere inside themselves it’s off-putting to the listener.

So the buzzwords are used, instead.  Short phrases bounced around back and forth that needn’t be defended.

Nobody needs Ayn Rand to justify selfishness and self-centeredness, but she provides an excuse, however lame.

Edit 8:12 am – There’s a mysterious, paradoxical side of the 21st Century fascination with Rand I neglected to mention.  Today admiration for Rand is the unlikely and somewhat ironic focal point where fundamentalist Christians join hands with atheists.  Both quote snippets of Rand, claim to have read her.

All of which makes a certain amount of sense for atheists of a particular sort.  But it’s not easy to reconcile with Christianity.  After all, lust, gluttony, greed, sloth, anger, envy and pride have been universally accepted as the Seven Deadly, or Venal, or Mortal Sins since a time long before Protestants.  And I don’t recall any Protestant sect ever declaring openly to repudiate them.

Philosophy by Limerick – Divining the Future – The Oracle 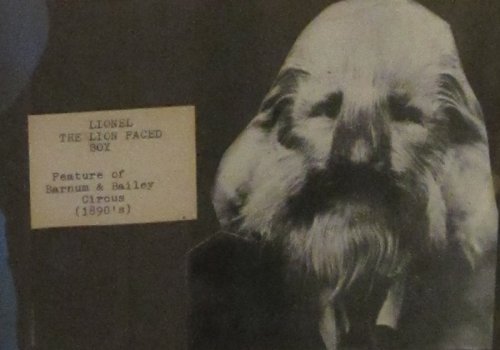 An absurd, grotesque dis-assembly
Will waltz across Florida nimbly:
Plebes and Patricians
And news statisticians
Will celebrate parodies grimly.

While a peasant ponders

An insect in amber can last
Long after its species is past:
Urge you to clamber
Avoiding the amber
And eat extinct plants for repast.

Another Newbery.  Kids, back when kids still played outdoors unsupervised with other kids.  When they still dreamed their own games and played them.  Still went door-to-door a few at a time knocking on doors on Halloween.

But almost the end of it, and Snyder manages to catch the seed of why in The Egypt Game.  Partly it was computers, of course.  But, despite the fact it’s a book for kids, a threat haunts the wings and the sidelines in this one, and the threat rhymes too well with what was still in the future in 1967, to be much fun.

A kid changes towns and schools, comes to live with a grandma while her mom takes a run at Hollywood.  Seriously.  Naturally the girl is infatuated with what she left behind, the glamor of mom’s aspirations.  And naturally the kids around her aren’t overly impressed.

But grandma lives in a stack of apartments and some of the units have kids her age and proximity demands they become friends.  Basic setting.

The Hollywood girl has imagination, though.  She finds a vacant, private lot with a storage building behind an antique store with lots of the kinds of artifacts kids once couldn’t resist.  She and her friends begin the Egypt game, building a shrine, creating rituals and donning costumery.

But they’re being watched from a back room window in the antique store by a man everyone in the neighborhood’s afraid of.  Not because he’s done anything sinister, but because he’s definitely not sociable.

Meanwhile a kid is murdered in the vicinity and parents batten down the hatches, demanding rules be followed and a lot more supervision be adherred to.  The Egypt Game continues, but it goes further underground.  Still watched through the back window.

But somewhere toward the end things manage to turn around in a way to make this plot refreshing, a ray of sunshine where today, most likely, it would go an entirely different way.

A nice read.  Adults will get a smile, kids will probably remember it.  Not as long as they’d remember Charlotte’s Web, or Stuart Little, maybe.  But they’ll probably recall it for a while.

My first introduction to science fiction came in the Portales Junior High School Library around 1958.  One of the first of the hundreds of Sci-Fi books read over the course of a lifetime was Red Planet, by Robert A. Heinlein.  Probably Keith, one of the readers of this blog, stood beside me in PJHS Library and argued over who’d get to check it out first.

The library didn’t include a lot to select from and we pored over them all.  Thunder and Roses, by Theodore Sturgeon.  City, by Clifford D. Simak.  The Martian Chronicles, by Ray Bradbury.  The Stars are Ours, and Star Born, by Andre Norton. And anything by Robert Heinlein.

Written in 1940, Waldo must have been one of Heinlein’s earliest novels.  By the late 1950s it was still too early to be profound.  Most of the setting, plot, concepts Heinlein visualized in 1940 hadn’t yet come to pass.  Hadn’t made their way into human reality in a form more concrete than a pleasurable indulgence in imagination set to words.  My memories of reading it were vague compared to hundreds of other works by Heinlein and other visionaries who hammered and blasted the new genre into mainstream readership.

So when Waldo showed up in a box of books in the Saint Vincent de Paul Thrift Store in Kerrville for a dime each and I bought them all, noticing Waldo among them, I was only mildly interested.  Another couple of hours of something to read before dropping off to sleep, I figured.

I was wrong and discovered how wrong I was roughly 20 pages into the book.  Squinted, read and re-read it far past my normal sleep time.  Read it again the next day.  Twice.

Aside from a goodly other phenomena Heinlein described in 1940 that eventually came to pass decades later, he discusses others that haven’t yet made it into mainstream thinking.  One of which includes something I’ve been examining with insane intensity during the past several years, began experimenting with during the late 1990s.  Dropped, partly because of Y2K, partly because the Internet and home computer RAM didn’t yet allow the accumulation and examination of sufficient evidence to arrive anywhere beyond conjecture and assertion.

I keep Waldo close at hand, thumb through it when I’m pondering where things are going as I go through my daily downloading rituals, working my way through the maze to the center.

You mightn’t, probably won’t be as impressed with this tome as I am.  But I’m betting if you can find it you’ll be more than mildly surprised.  Find yourself asking, “How the hell did Heinlein figure all that out in 1940?”

If not, you’ll at least enjoy a fun plot, good characters, a couple of hours of science fiction back when that’s what it was.