I glanced out the window and saw this:

Niaid was curled up on the bed, [I double-checked] so whatever else that critter was, it was an outsider.  The chickens were ranging free and I couldn’t hear any alarm from them, but this guy just looked too big to have roaming around without interruption.

As I came around the cabin where I could see him better: 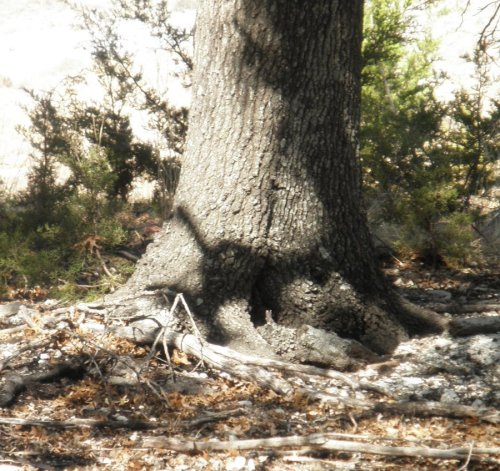 It was obvious the feline was operating out of a different reality.  Which didn’t necessarily mean he didn’t need to be the focus of protective measures.  But how does a person protect his chickens from a shadow-cat?  I’ve done some websearching on the various news sites and checked out the methods incorporated by the US Government into programs to avoid having shadow-cats disrupting citizen-like critters such as these:

The consensus seems to be you have to get one of these:

No matter what the cost.

I’m not certain I want to have one of those running around here loose, even when I have dangerous shadowcats skulking around peeking at my holdings.

Once something of that sort gets a foothold there’s no predicting where it will end:

Living a reality
Where gangster boss of fantasy
Celluloid deeds and words
Are worth repeating;
Gladiator wars in plastic armor
Oaken clubs and pigskin missiles
Pudding danger jello struggles
Hard and real inside the mind
Inside the molded plastic
Toy of the mind

Yet the sickness
Needs a remedy and cure

From the inside of Night Fortress 2 there’s a step up through the exit hole and he’s having a lot of difficulty with it because of his crippled leg and wing.

Those chains, incidently, are part of an ongoing war with generations of Brother Coon trying to dig into the fortress at night.  The links where they meet the ground have treble-hooks wired to them to discourage digging there, but it’s a labor intensive game.  They’re the first line of defense.  Under the wood chips they’re on the holes are stuffed with prickly pear cactus, then covered with wood chips.  Brother Coon eventually gets past them all and insists on my going to the next level of debate:  The Lost Coon Diggings

Even the largest hen doesn’t have a problem with it.  But after the hens are all out harvesting the night carcasses under the bug-light he’ll still be in there crowing, evidently dreading the prospect of fighting his way through that opening.

I load the chicken drinking water up with home-made colloidal silver, catch him and soak his legs in orange-peel tincture, and it all seems to help, but gradually GSB’s hard living before I got him’s coming home to roost.

Usually GSB doesn’t indulge in cliche, but maybe his mind’s going, too.  Lately I’ve heard him say more than once, “If I’d known I was going to live this long I’d have taken better care of myself.”

If he keeps doing that I might be tempted to chop off his head.