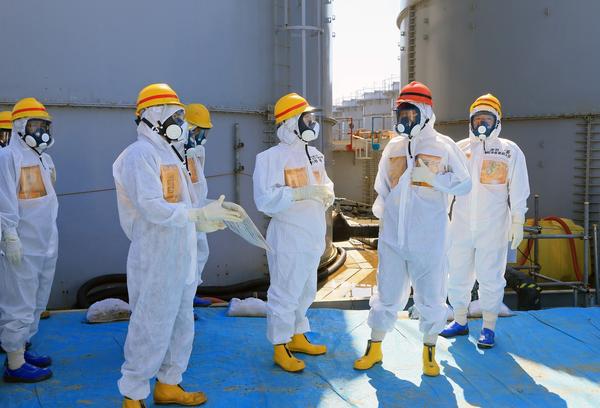 September 20, 2013 – TOKYO (Kyodo) – A magnitude 5.9 earthquake struck Fukushima in the northeast early Friday morning, the Japan Meteorological Agency said, but no abnormalities were observed at the region’s nuclear power plants including the crippled Fukushima Daiichi, according to their operators. The focus of the 2:25 a.m. quake was around 17 kilometers underground in Fukushima Prefecture’s southern coastal region, the Japan Meteorological Agency said. No tsunami warning was issued. Seismic intensity ranged from 1 to upper 5 on the scale of 7 in the Japanese measurement system from northeastern to central Japan. The highest reading of upper 5 was recorded in Iwaki city in Fukushima Prefecture, while lower 5 was logged in other parts of Fukushima and Ibaraki prefectures. Tokyo and Narita city registered intensity 3. A Japan Meteorological Agency official told a news conference that the quake was an aftershock of the magnitude 9 quake that devastated northeastern Japan in 2011 and warned that a temblor measuring up to 4 in intensity could occur within a week.

Iwaki firefighters said a 62-year-old woman suffered light shoulder injuries at her home in the city when she got out of bed in surprise following the quake. A 32-year-old woman in Iwaki also sustained minor foot injuries from a shattered mirror, they added. No new abnormalities were observed in measurement data from the nuclear reactors and other equipment at the Fukushima Daiichi Nuclear Power Station or from radioactivity monitoring posts there. Readings were also normal at the nearby Fukushima Daini plant, according to Tokyo Electric Power Co. The Daiichi plant was crippled by the massive quake and tsunami in 2011. Japan Atomic Power Co. said no abnormalities were confirmed at the Tokai No. 2 nuclear power plant in Ibaraki Prefecture. A few sections of highways in the region were closed to traffic, according to highway operators. A quake measuring upper 5 on the Japanese scale hit Ishinomaki in northeastern Japan’s Miyagi Prefecture on Aug. 4. Japanese Prime Minister Shinzo Abe visited the Fukushima Daiichi on Thursday and urged TEPCO to scrap the remaining two reactors in addition to four other units the utility is taking steps to decommission. – Mainichi

This entry was posted in 2013. Bookmark the permalink.