All dressed up and no place to go. Chernobyl ghost town 2008

The USSR was gearing up for the May Day celebration and Chernobyl was all decorated, even a Farris wheel. Then Chernobyl nuke blew. Even though it was a miniscule event compared to the one in Japan, it’s a ghost town today. Has been a ghost town since April 27, 1986.

Witch doctors as an alternative to everything else

Hi readers. Thanks for coming by.

20 years ago I quit going to doctors because they never told me anything I wanted to hear. So I bought some books about vitamin and mineral approaches to staying healthy, learned about a number of other non-mainstream alternatives including diet, exercize, and metaphysical healing techniques. Considering my age I’m one hell of a lot healthier today than I was when I was going to physicians and letting them tell me all the ways I was likely to die and what I needed to let them cut off or out to keep me living.

I’m not trying to sell you on the idea you ought to follow this route. Although, if the docs have given up on you and sent you home to die you might find a pleasant surprise waiting for you if you should look into it.

But I’m writing this to tell you about something Jeanne came across and passed on to me.

The Role Of Natural Enzymes Called Serrapeptase in Scar Tissue

Natural enzymes are beneficial to our body because they eliminate and prevent fibrosis which is also known as scar tissue. As we get older, fibrosis becomes one of the main factors of sudden death. During our 20′s, the production of enzymes in the body start to reduce and by the time we reach the age of 40, the enzyme level becomes too low. As a matter of fact, those who are suffering from cystic fibrosis do not produce natural enzymes anymore, making their bodies weaker and less immune to sickness. This will eventually result to the formation of scar tissue and the shrinking of the lungs. Children with this type of disease will not be able to withstand the side effects thus will die before they even turn 20 years old.
If the enzyme production will continue to diminish, the body will not be able to control the abundant deposits of fibrin from simple wounds such as cuts and scratch. This will penetrate inside the blood vessels and the internal organs which can develop into deadly illnesses like fibrocystic breast disease, adhesions, uterine fibroids and endometriosis. Both men and women are affected with this condition although studies show that the female species are more prone. Women develop arterial sclerotic plaque that invades the body system and makes the organs reduce in size. Over time, the organs will stop functioning while the patient suffers from pain and visible scars.
The only way to control the scar tissue formation is to replace the lost enzymes. Doing so is useful to avoid the issues related to the absence of natural enzymes and abundance of fibrin. Studies have also proven that the addition of enzymes in the body system can actually reverse the harsh effects of fibrosis. Old scars are unbelievably gone after natural enzymes are added into the body. Scar tissues from pulmonary fibrosis, surgical wounds, kidney fibrosis, and even the nasty keloids will be gone. Although medical practitioners from Asia and Europe have been using this method to their patients for more than a decade already, doctors from the US are just starting to discover its benefits.
Serrapeptase scar tissue and nattokinase are some of the best natural enzymes for the removal of scar tissues. On the other hand, if you are looking for the most effective defense against pancreatic cancer tumors, Chymotrypsin and pancreatin are considered as the best option.
Serrapeptase is also an ultra powerful enzyme which can only be found from a group of bacteria present in the silkworm’s intestines. This bacterium is called Serratia Marcescens E1. It enables the full development of the silkworm by dissolving its cocoon. In addition, Serratia also reduces the scar tissue by healing and improving the inflammation on the skin.
As the healing process is going on, Serrapeptase aids in digesting the dead tissue while the living tissues are preserved. Serrapeptase is also beneficial in dissolving unwanted scar tissues namely blood clots, cysts, fibrosis, and anterial plaque. Sinusitis is another illness which can be cured by Serrapeptase scar tissue. It is used as an anti-inflammatory agent against excessive mucous secretion, fibrocystic breasts, and varicose veins. Most importantly, scientists believe that Serrapeptase scar tissue plays an essential role in protecting the body against cancer cells and layers of tumors. It fights cancer by strengthening the immune system.
In conclusion, Serrapeptase scar tissue is not only effective to patients of lung diseases but it is also beneficial in clearing out the cancer cells within the body. Removing those dead tissues is a big help for our bodies to cope with numerous diseases. Natural healing process is crucial because it has better results than artificial treatment methods.

Stuff sounds as though it has some potential for some of the things I live with. Such as a goozle half-high with scar tissue from stomach acid reflux used to try to bleed me dry before Prilosec came along. Maybe even high blood pressure. I’m going to try it. So’s Jeanne, because of the scar tissue giving her fits recovering from the broken wrist and surgery a couple of months ago.

If you’re interested enough to want to know what people who’ve used it thought about it, and what they used it in hopes of helping, Amazon Customer Reviews might be a good place to start.

But hell, if you’d rather go to a doctor by all means, do it. He’s convinced he’s got all the answersand this isn’t one of them.

Summer Olympics will be in Tokyo in 2020

What the hell more can a person add to THAT piece of news? Guided tours to the nuke sites?

Ought to be a rush on whaleburgers down at the golden arches.

Today they’re celebrating the anniversary of the birth of their nation in North Korea. They’ve lasted a lot longer than most people had any reason to hope they would. And their leaders tended to have a longer lifespan.

Most of you will recall that hasn’t been precisely the case in South Korea. But it’s more difficult for the CIA to get into North Korea to assassinate their top guys. When the CIA assassinated Park Chung Hee,first president of South Korea, and Diem, president of South Vietnam, the guys in North Korea took it as an object lesson. Kept their heads down and a sharp eye out for anyone who might pass as a CIA operative.

Worked fairly well, too. They managed to stay alive all this time. Beats hell out of being an ally of the US and having to get offed for your trouble.

Hi readers. Thanks for coming by for a read this morning.

When Ronald Reagan invented trickle-down economics and sold it to US lawmakers it sounded like one-heluva good idea to the people who know most about money by having a lot of it. The idea was that if people who have more than a million dollars didn’t pay as much in taxes the extra money they had would trickle down their legs and end up in the pockets of store clerks, hamburger flippers, ditch diggers, truck drivers, and guys who spend their days in slaughter-houses whacking hogs on the forehead with sledge-hammers to keep hams flowing into the grocery stores.

The problem was that all those rich people spent the extra money they got with tax breaks watching pornography. Vanessa Del Rio, Annette Haven, Lisa Deleeau and Marilyn Chambers did indeed find themselves plenty of work, though. Johnny Wad Holmes and Ron Jeremy got a fine boost from trickle-down economics.

In fact, I’m betting old Bill Clinton’s probably spending his idle days when Hillary’s busy checking out the economics of it. He was too young when the Kennedy’s were passing Marilyn Monroe around between them, but Vanessa Del Rio might still be alive.

Here we sit all broken hearted

But heck. Looks as though it’s got the makings of a good day. 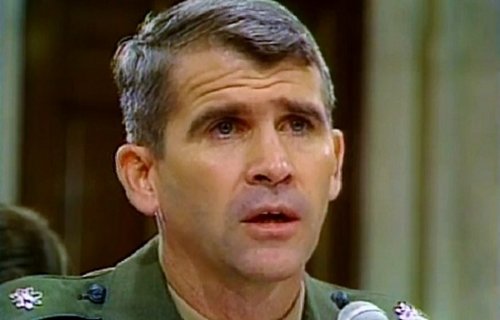