Someone spang found this blog searching for “lowlifes on welfare“. 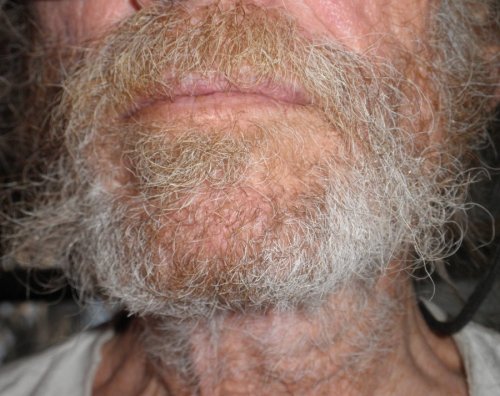 Well, heck!  I hate to see someone come here and find only half of what he was looking for.  I’m just hoping the emphasis was on finding a lowlife instead of finding someone on welfare.

On the other hand, I have a suspicion a person who’d do a search using that particular phrase probably would define the Social Security I paid into five decades and some change and draw now qualifies as welfare.  So maybe he went away having gotten his moneys worth.  Riding the Bread Line

Brought to mind one of my favorite quotes from the bard.  Hamlet’s immortal summing up just about said it all, but when they set it music for the musical ‘Hair’ I’ve always thought it might be considered an improvement in some contexts.  Enough irony there so’s a magnet would pick it up.

The fog’s gotten so thick outdoors I can barely see across the front porch.

Old Sol’s got a Hitler mustache:

There’s a heavy fog hanging over the valley this morning and it’s full of deer moving around ghost-like hoping for a shot at some chicken-feed.

Big news among the cats and chickens:  There’s a stray cat hanging around here, might be feral, or mightn’t.  The cats are fairly upset by it, though after watching it a few days I think it might be a pretty good cat.  Haven’t decided what to do about it yet.  I can’t count higher than four when it comes to cats, and I’ve already got four firmly in place.

I’d been having a lot of problems with MS EXCEL overloading the RAM on any machine here because of the file size I’m prone to work with.

I emailed Ed Hurst [Do What’s Right]a couple of weeks ago and asked whether he knew of a piece of spreadsheet software that would do most of what EXCEL would do without all the bells and whistles clogging up the works.  In a short while he sent me a link to Libra downloads.  The download was a lot larger than I could handle on a dialup, so my friend Rich in NC, downloaded it to a CD for me and mailed it to me.

I’m still learning how to use it, but it appears to be able to do what I need doing as well as doing it without demanding a National Defense Department supply of RAM.

Thanks Ed and Rich.  I’m obliged to both of you.

The Dell Optiplex 745 I bought for $50 in a thrift store to replace this gradually dying machine I go on line with has turned out to be a hermit.  It didn’t come with an internal modem, and it refuses to recognize the external modem I use for this machine.  Works okay otherwise, but I wasn’t needing a machine for offline work.  I’ve already got one of those I do most of the math and whatnot on, so this one’s just a box sitting there twiddling its un-powered thumbs wondering why it doesn’t have a monitor, keyboard, mouse nor nuthun to allow it a closer look at the Universe.

Worked on the Toyota some yesterday without getting it standing on its hind legs howling to be turned loose on the world.  Didn’t get the starter off, but got my hands greasy enough to think I might as well have.  Probably more on that today if the weather cooperates.

Maybe something else later if anything happens and I don’t get lost in the fog.

“You ask me why I drive a ’56 souped-up Ford Deluxe with high-compression heads and overdrive?”