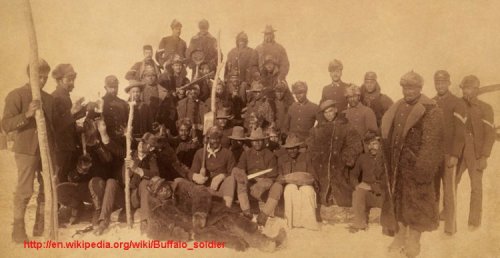 We white people have had a fairly rough time of it.  Black buffalo soldiers running around all over the west whupping our Indians and taking their land away from them.  http://en.wikipedia.org/wiki/Buffalo_soldier

No sooner finished beating the last of the tribes onto their own land on reservations than those buffalo soldiers were off getting us into the Banana Wars.  http://en.wikipedia.org/wiki/Banana_Wars

Hell, a century ago they were down in Honduras and Nicaragua rampaging around protecting the interests of the American Fruit Company.  Yeah, no oil, no heroine.  Bananas.  Fruit.

General Smedley Butler was in command, and here’s what he had to say about those buffalo soldiers and what they did:

Perhaps the single most active military officer in the Banana Wars was U.S. Marine CorpsMajor General, Smedley Butler, who saw action in Honduras in 1903, served in Nicaragua enforcing American policy from 1909–1912, was awarded the Medal of Honor for his role in Veracruz in 1914, and a second Medal of Honor for bravery while “crush(ing) the Caco resistance” in Haiti in 1915. In 1935, Butler wrote in his famous book War Is a Racket:

“I spent 33 years and four months in active military service and during that period I spent most of my time as a high class muscle man for Big Business, for Wall Street and the bankers. In short, I was a racketeer, a gangster for capitalism. I helped make Mexico and especially Tampico safe for American oil interests in 1914. I helped make Haiti and Cuba a decent place for the National City Bank boys to collect revenues in. I helped in the raping of half a dozen Central American republics for the benefit of Wall Street. I helped purify Nicaragua for the International Banking House of Brown Brothers in 1902-1912. I brought light to the Dominican Republic for the American sugar interests in 1916. I helped make Honduras right for the American fruit companies in 1903. In China in 1927 I helped see to it that Standard Oil went on its way unmolested. Looking back on it, I might have given Al Capone a few hints. The best he could do was to operate his racket in three districts. I operated on three continents.”

Like General Smedley Butler, most of us white people feel pretty badly about what those Buffalo Soldiers did to our Indians and those Mexicans in Mexico, Honduras and Nicaragua.  But now even though it’s Iraq and Afghanistan, it’s still going on a century later.

Doesn’t be anything we white people can do to stop it.  They’re taking over.  Can’t even get a budget passed in Congress because of what the Banana wars are costing.

About all that’s left for us white people to say is, “Thank you for your service.” 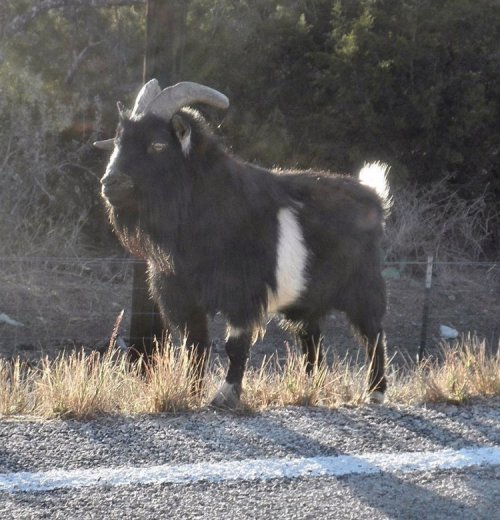 Think about it. The guy got laughed all over Europe trying to sell an idea.  Didn’t mean any harm, just wanted to find a short way to Asia.  Finally got old Isabella to take him seriously enough to finance a looksee, found what he wasn’t looking for.

So what does he get for a reward?  Hell.  They name WASHINGTON freaking DC after him.  Sheeze.  Everyone in town snorting COLUMBIAN.  Not enough?  Columbia, South Carolina.  Home of Fort Jackson, armpit of the world [where I went through basic training in 1961].

Gets the blame for what all those black buffalo soldiers in the US Army did to the poor Comanche and Apache.

Think about it.  Poor stupid dork went home and got criticized something awful for the place not being Asia.  As though he put the damned place there.

Then all that stuff you wouldn’t think even his admirers would wish on their worst enemies.  Naming pestholes and rat nests after him.

Then along comes the late 20th and early 21st Century and all the forces of political correctness and ancestral blame focus on him once a year.  Throw rotten eggs at him.  Dis him.  Call him ugly names and say he was responsible for genocide.  [Well, maybe he was, a little, during that last trip.  But by the standards of the time it was okay.  Hell, even today it’s okay if done by the right people to the right people.]

He just wasn’t that bad a guy.  Just wrong place at the right time.  Couldn’t be helped, more or less.  And he did bring syphilis back to Europe.  That ought to count for something.

Why not cut him some slack.  Roll up a $100 bill and snort a line of  Columbian.  Then whisper, “Thanks Chris.”