During the early 1990s the Coincidence Coordinators conspired to make Zuni Pueblo and the geography surrounding it a major focus in my life.  I mentioned a bit about Zuni here:  This is Zuni Salt Lake, but over the next couple of whiles I’d like to tell you a bit more about them. 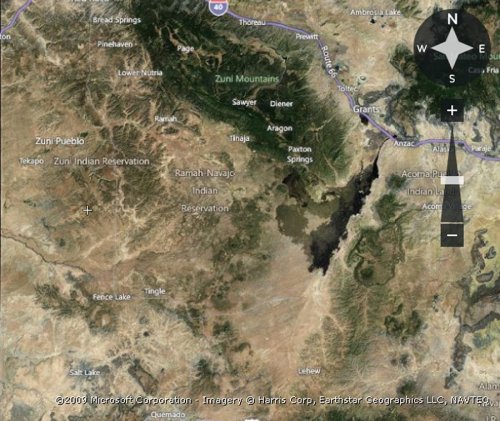 At the time the overwhelming part of my salary was paid by FEMA and a part of my job involved mitigation of recurring natural disaster damage behind federal disaster expenditures.  In New Mexico a huge percentage of the recurring expense was located on Navajo lands, but flooding on the Zuni River reared its head as a concern during the same time period.

Meanwhile, the Coincidence Coordinators got into the act.  The search for the lost gold mine was being driven by documents from the US Archives, New Mexico State Archives, fragments of mention from 19th Century newspapers, later-in-life memories of men connected to the events and documented in books, topo maps and other researched sources.

Keith and I, examining and submerging ourselves together during that phase of my search, concluded the areas to the east of Zuni, and to the south were prime candidates for the location.  Candidates based on what we knew at the time.  Wilderness Threats.

By my own recollection that phase of the search lasted only three, maybe four years, maybe less.  But it led by numerous routes, into more than a decade of closer association with Zuni, both as a tribe, and as a geography.  I’ll be posting more about that, about Keith’s and my explorations, about the Zuni pueblo and the people living there, and about some aspects of the history and culture.

But I’ll begin by posting this piece of doggerel I wrote a long time ago about my first visit to the Zuni Rez and my first encounter with the Zuni and Ramah Navajo.  That meeting with the Zuni Tribal Council burned itself into my memory as few things I’ve experienced this lifetime have. 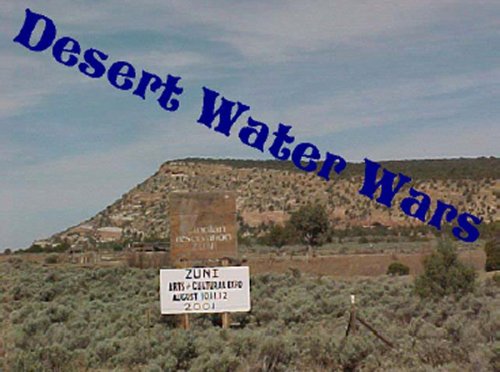 Ancient ruins I travel past
Forgotten tribes of old
And finally arrive at last
On Zuni land as told:
Tribal council meets, he chants
A time warp history.

I Listen long the raves and rants
And river mystery:
Navajo must have his sheep
To have his wealth, it’s plain.
Too many kids, too many sheep
Too little grass and rain.
Forgotten white man wrongs and deeds
The raids of Navajo
Corn that didn’t sprout the seeds
And stumbled Shalako
More sheep grazed than in the past
Arroyos grew wide and deep
Siltation settled hard and fast
In riverbed to sleep.

Navajo siltation choked
An ancient channel bed
Water rose above the banks
200 cattle dead
Houses flooded, ruined cars
Fields of grain were lost
A playground field a channel mars
And who should bear the cost?

The tribal chairman Ramah band
Listened to my tale
Stony silence, steady hand
Informed me I would fail.

“If those Zunis don’t like floods
Tell them to reduce the chances;
We’ll hold back our streams of muds
If they’ll call off their damned rain
dances.”

(Doggerel to smile by) 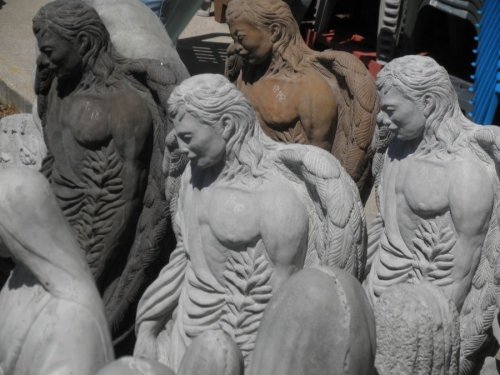 Good morning readers.  I’m obliged you came for a visit and read.

I’m going to start this morning by telling you something you ought to know already, but mightn’t:

Sometimes I take myself a lot more seriously than is justified by my history of being ‘right’ compared to my history of being ‘wrong’.  People who’ve known me forever are acutely aware of this.  The terms, ‘alarmist‘ and ‘melodramatic‘ have occasionally been used with brutal accuracy by people in a position to arrive at informed judgements.

Keep in mind I’m the guy who dumped a second career within a couple of years of being able to draw a hefty retirement check because I believed so thoroughly Y2K was going to happen, leading eventually to my current situation.  Keep in mind I also spent a lot of years climbing and unclimbing mountains searching for a lost gold mine I believed I’d find.

And keep in mind I don’t regret any of it.

So with all that in mind, I think those of you who read my ‘indefinite detention’ posts of the past few days would be well advised to examine other opinions, even though I still believe I’m generally right.  My believing it shouldn’t carry any weight for you.

Here’s another viewpoint offering up a mitigated set of possibilities regarding the same situation and the activities leading to it:

The NDAA Is A Horrible Bill, And Why Obama Is Going To Sign It
December 17, 2011 By Wendy Gittleson

If you’ve formed any opinions based on anything I’ve said here I think you owe it to yourself to read it.   Wendy Gittleson is certainly a lot more qualified to have an opinion than I am, most likely.  Even though I don’t necessarily agree.