A lot of changes and challenges are lurking in the wings whispering to the 21st Century.  Some of those will happen where nobody much will see them except the people on the receiving end.  One of those probably includes the Indian Reservation system inside the US.

By hindsight the entire construction appears to have been a cynical wink-and-nod method of getting the tribes out of the way long enough and quietly enough to rape from them with a corncob and lie whatever they’d been promised.  This worked fairly well as demonstrated in Arkansas, the ‘Cherokee Strip’ in Oklahoma, the Black Hills of South Dakota when gold was discovered, and countless other places.

There must have been some vague notion that eventually the tribal members would be absorbed into the general population to live and work alongside whites and other ethnic groups.   But any attempt to visualize a long-term role for the tribes living on the Rez resulted in thinking about something else, instead.

Chief Supreme Court Justice John Marshall took a lot of the fun out of the now-you-see-it-now-you-don’t reservation philosophy and launched federal trusteeship of tribal lands into a new phase.

The Federal Trust Responsibility In A Self-Determination Era
By Lynn H. Slade

“They occupy a territory to which we assert a title independent of their will, . . . meanwhile they are in a state of pupilage. Their relation to the United States resembles that of a ward to his guardian.(7)

But today, in a time of profound national debt and joblessness the financial picture of the tribes is certain to raise legislative eyebrows.  $6.5 billion dollars in visible expenditures to maintain the current system with no end in sight seems unlikely to survive in an economic climate where the only certainties are military, law enforcement, bailouts of banks and muli-nationals, and benefits for politicians.

Cost of running the Bureau of Indian Affairs:

STATEMENT OF LARRY ECHO HAWK ASSISTANT SECRETARY – INDIAN AFFAIRS BEFORE THE SUBCOMMITTEE ON INTERIOR, ENVIRONMENT, AND RELATED AGENCIES COMMITTEE ON APPROPRIATIONS U.S. HOUSE OF REPRESENTATIVES ON THE PRESIDENT’S FISCAL YEAR 2012 BUDGET REQUEST FOR INDIAN PROGRAMS IN THE DEPARTMENT OF THE INTERIOR MARCH 30, 2011

“The FY 2012 budget request for Indian Affairs programs within the Department totals $2.5 billion in current appropriations.

“This reflects $118.9 million, a 4.5 percent decrease, from the FY 2010 enacted level. The budget includes a reduction of $50.0 million to eliminate the one-time forward funding provided in 2010 to Tribal Colleges and Universities; a reduction of $41.5 million for detention center new facility construction due to a similar program within the Department of Justice; and a reduction of $22.1 for administrative cost savings and management efficiencies.”

The 2010 United States federal budget includes over $4 billion for the IHS to support and expand the provision of health care services and public health programs for American Indians and Alaska Natives (AI/ANs). Investments in the Indian health system will focus on improving the health outcomes of AI/ANs and promoting healthy Indian communities. The Budget builds upon resources provided in the recovery Act for IHS.[15] This covers 2.5 million Native Americans and Alaskan Natives for an average cost per person of $1,600, far less than the average cost of health care for other United States Citizens.[16]

The Indian Health Service (IHS) is an operating division (OPDIV) within the U.S. Department of Health and Human Services (HHS). IHS is responsible for providing medical and public health services to members of federally recognized Tribes and Alaska Natives. IHS is the principal federal health care provider and health advocate for Indian people, and its goal is to raise their health status to the highest possible level. IHS provides health care to American Indians and Alaska Natives at 33 hospitals, 59 health centers, and 50 health stations. Thirty-four urban Indian health projects supplement these facilities with a variety of health and referral services.

A 2010 report by Senate Committee on Indian Affairs Chairman Byron Dorgan, D-N.D., found that the Aberdeen Area of the Indian Health Service(IHS) is in a “chronic state of crisis.”[1] “Serious management problems and a lack of oversight of this region have adversely affected the access and quality of health care provided to Native Americans in the Aberdeen Area, which serves 18 tribes in the states of North Dakota, South Dakota, Nebraska and Iowa,” according to the report.

IHS was established in 1955 to take over health care of American Indian and Alaska Natives from the Bureau of Indian Affairs. The provision of health services to members of federally recognized tribes grew out of the special government-to-government relationship between the federal government and Indian tribes. This relationship, established in 1787, is based on Article I, Section 8 of the Constitution, and has been given form and substance by numerous treaties, laws, Supreme Court decisions, and Executive Orders. The IHS currently provides health services to approximately 1.8 million of the 3.3 million American Indians and Alaska Natives who belong to more than 557 federally recognized tribes in 35 states. The agency’s annual budget is about $4.3 billion (as of December 2011).

EmploymentThe IHS employs approximately 2,700 nurses, 900 physicians, 400 engineers, 500 pharmacists, and 300 dentists, as well as other health professionals totaling more than 15,000 in all. The Indian Health Service is one of two federal agencies mandated to use Indian Preference in hiring. This law requires the agency to give preference hiring to qualified Indian applicants before considering non-Indian candidates for positions. IHS draws a large number of its professional employees from the U.S. Public Health Service Commissioned Corps. This is a non-armed service branch of the uniformed services of the United States. Professional categories of IHS Commissioned corps officers include physicians, physician assistant’s, nurses, dentists, pharmacists, engineers, environmental health officers, and dietitians. Many IHS jobs are in remote areas as well as Rockville, MD Headquarters, and at Phoenix Indian Medical Center. In 2007, most IHS job openings were on the Navajo reservation. 71% of IHS employees are American Indian/Alaska Native.[2]

More.gov lists four rated areas of IHS: federally-administered activities (moderately effective), healthcare-facilities construction (effective), resource- and patient-management systems (effective), and sanitation-facilities construction (moderately effective). All federally-recognized Native American and Alaska Natives are entitled to health care. This health care is provided by the Indian Health Service, either through IHS-run hospitals and clinics or tribal contracts to provide healthcare services. IHS-run hospitals and clinics serve any registered Indian/Alaska Native, regardless of tribe or income. Tribal-contract health care facilities serve only their tribal members, with other qualified Indians/Alaska Natives being offered care on a space-available basis. This policy makes it difficult for an Indian who leaves their tribal home for education or employment to receive health care services to which they are legally entitled. An IHS fact sheet clarifies that Indians are also eligible to apply for low-income health care coverage provided by state and local governments, such as Medicaid. IHS 2007 third-party collections were $767 million, and estimated to be $780 million in 2008.[3] Most tribally-operated health services clinics require Native Americans who qualify for Medicaid to use their benefits at their clinics, supplementing the block-grant funds they receive from IHS to serve their tribe’s medical needs. This has the potential to create profits in federally-funded. tribally-operated health clinics[citation needed].

The Indian Health Service suffers from inadequate funding, and is unable to adequately serve the population it is trying to serve.[4] Some of those who are served by the system are not satisfied with the efficiency of IHS. A contributor to Indianz.com, a website for Native American news, feels that Native Americans are “suffering” at the hands of IHS.[5] She feels IHS is underfunded, and necessary services are unavailable. Others have concerns that the restrictions of the Indian-preference policy do not allow for the hiring of the most highly-qualified health professionals and administration staff, so quality of care and efficiency of administration suffer.[citation needed]

IHS also hires Native/non-Native American interns, who are referred to as “externs”; one position available every summer at area offices is the Engineering Externship. Participants are paid according to the GS pay-grade system, which is beneficial for college students. Their GS level is determined according to credit-hours acquired from an accredited college. Engineering Extern participants generally practice field work as needed and office work.
The Federal Trust Responsibility In A Self-Determination Era, by Lynn H. Slade continues:

These trust concepts and changing visions of the tribe require re-examination of trust doctrine. It is, at the very least, incongruous for a tribe to seek or obtain regulatory primacy, yet still claim the need for a guardian’s protection from improvident transactions. It seems indisputable that the skill and knowledge sets and administrative machinery required to manage leasing and mineral contracting are of no higher an order than those required to administer the provisions of the Clean Air Act and Clean Water Act. Congress’ provision for such delegations impliedly rejects the central premise underlying the trust doctrine, that tribes cannot be trusted to manage their affairs.(198) Moreover, some tribes are insisting that resource developers recognize the tribal government and tribal courts as having general jurisdiction over them and the same powers as state governments.(199) If these trends continue, the premise of a need for federal guardianship inherent in Chief Justice Marshall’s description of tribes as “domestic dependent nations” increasingly will be false.

Any way you cut it things aren’t going to be easy for the tribes during the 21st Century.  As demonstrated by Social Security, having anything in the federal trust is a lousy idea, even if it seems untouchable.  And a middle-class citizenry that can’t afford health care for itself, pay for its own schools and libraries, and chaffs under its own costs for housing, roads, sewers isn’t likely to be sympathetic to a genre of people who have that provided by the government.

A few days of focus by daytime talk radio hosts would change the whole tone of discussions about reservations and lands held in trust by the US government.  If I had any land in Federal Trust I think I’d be trying to figure out how to get it out before someone deeds it to the Chinese or Citibank.

Sundragons and Other Serious Stuff

Good morning readers.  I’m gratified you came by for a read.  There’s a lot going on in the Universe this morning, but most of it is too big, or too little to get a gander at, so I’m going to give you an opportunity to shrug it all off as I’m doing. 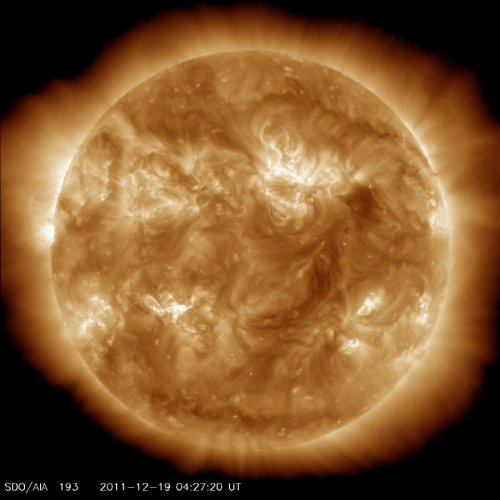 If you’re the sort of person who sees herds of cattle, naked women, elephants, alligators and stagecoaches in clouds, mountains and whatnot you’ll see immediately what was on Old Sol’s mind yesterday: 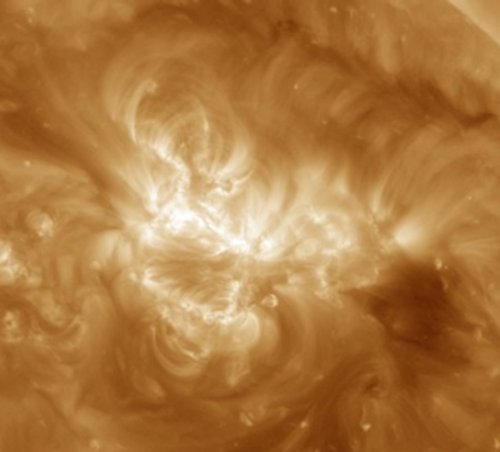 Which doesn’t require any further discussion except to say:

Which also speaks for itself.  Enough said about that.

Unless you want to hear it in song.

But if you’re feeling more in the serious and unsmiling turn-of-mind this morning you probably won’t grasp the implications and ramifications of that.

Instead you’d probably prefer something you can’t shrug off.  For you, I suggest you have a look at the comet Lovejoy as it passed away from the sun:

All that wiggling and wagging it’s doing with the tail might be the most interesting thing human beings have had an opportunity to view since the invention of the camera, the rocketship, the atom and other genius gadgetry of modern life including toasters.

Lovejoy is telling you something it might take human beings a longish time to hear, if they ever get around to hearing it at all.  Which seems about equally likely.

With the possible exception of the cats, chickens, and the occasional folks out there who see it but ain’t about to say anything.

But I’m not going to say any of that.  Instead, I’ll just say I’m figuring I might post something later along more interesting lines.

Thanks for coming by.