Lot’s of high-powered rifle ammunition flying around the surrounding ranches this morning. But I don’t think it’s a government SWAT team come all the way out here to shoot my face off between breaths this fine morning. 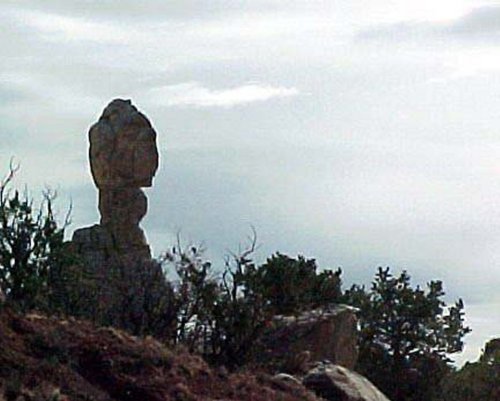 In fact, I think it’s deer hunters out trying to squeeze in a last-minute set of antlers on an umpty-ump-point-buck to take home and put on the wall.

I only mention this because a few of you readers and a particular slice of the population of preparedness blogs I read are taking the “Come in and get me coppers!” approach to reflecting on what the US Congress has been doing lately.  There’s a high-anxiety factor leading people to say things on blogs suggesting they think if the government wants them it’s going to have a tough job on its hands getting them.

Anyone who stops to think about this concept a moment ought to be able to figure out that’s not how it’s going to play out.  Even if they’re correct in thinking someone thinks they’re important enough to send in the cavalry to get them.

No matter how good you guys who’ve been collecting a thousand different great knives and 200 each calibers of weaponry and ammunition anticipating what you believe is happening, if they want you, they’re going to get you.  If you’ve been shouting challenges at them from your blogs, they’ll most likely do it to your face between two breaths from a distance of a quarter-mile while you take an outdoor leak.

This isn’t the best moment in history to be talking about going to war with the US government.  Even in a whisper.  They’ve spent the last decade developing tactics, strategies, surveillance gear and weaponry intended to deal with people a lot uglier, smarter, sneakier and more highly motivated than any US citizen is likely to be.

I’m not saying what the US Congress did over the past couple of weeks won’t change a lot of things in ways you’ve come to see as your ‘rights’.  I believe it probably will.  I’m just saying you might be well advised to think things through more carefully than you’ve been doing.  You’re all dressed up to play checkers but the game has changed to chess.

12 responses to “The Long Watch”